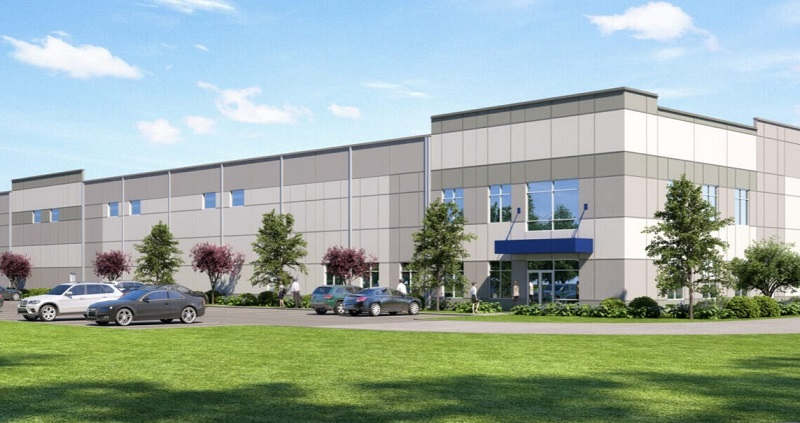 The International Commerce Center, a spec building, will be the first development in the International Logistics Park, and can be delivered as soon as the first quarter of 2021, said Bryan Greene, a broker with Cameron Management.

"The building ownership has not been finalized but will be a single-purpose entity comprised of members from Acme Hobbs, affiliates of Cameron Management and Windsor Development Group," Rogers said.

The Wilmington-based full-service brokerage and development firm has partnered with Greensboro-based Windsor Commercial, the general contractor in the project, to develop the park's first building, a more than 150,000-square-foot speculative building on Lot 1 of the park, Green said. The building is aimed to be expandable to more than 300,000 square feet.

“Cameron Management has a long history in supporting economic and industrial development in the region for over 50 years," Greene said. "Working together with Brunswick and Columbus counties, we were able to create an industrial park to drive job growth to the Wilmington Micro-Region of Southeastern North Carolina.

“We want to thank all the efforts of Brunswick BID, North Carolina’s Southeast, the N.C. Department of Commerce and particularly Brunswick and Columbus county governments for their vision in positioning this site for economic development and industrial growth in the area."

The International Logistics Park, along with the Mid-Atlantic Industrial Rail Park, both at more than 1,000 acres each, have long been touted by economic developers in the region as being potential catalysts for industrial growth, bringing jobs to the area.

The two industrial parks are located off U.S. 74/76 at the Brunswick and Columbus county line. Both counties and their associated economic development organizations have been working to bring development to the sites for years.

Brunswick and Columbus counties are currently working to bring water infrastructure to the site and plan to inter-connect their water services, which will ultimately provide back-up service to end users at the International Logistics Park, according to the industrial park development website.

There are four lots planned in phase one for the industrial park. The first phase is anticipated to support 1.2 million square feet of industrial space. The entire International Logistics Park is 1,040 acres.

"We're very excited about this. It is achieving one of those [economic development] goals that were on our list," Early said.

Brunswick BID has been in talks with several real estate developers about the idea of building speculative building space at the industrial site, Early said.

"I would say all that we have spoken to have had an interest. This group had seen the need and they concur with our evaluations and have decided to move forward with [the project]," Early said.

About 100 acres of land had been previously cleared at the International Logistics Park to spark a development there, Early said.

The quick turn-around time for the development could make for an attractive option for some industrial prospects, Early said, adding that the building could be used by a manufacturing firm, logistics firm or warehouse and distribution firm.

"As I have shared in the past, we’ve had a lot of projects that have come in looking for existing buildings in the 100,000-square-foot range and larger. And we have not been able to respond to those because we did not have the product."

"Most communities that have done this, once they start it's an ongoing process. Right now statewide and I would say even nationwide, available industrial space is not that plentiful and a lot of companies are trying to find something where they can move and get started quickly. And if the space is already constructed or under construction, it saves time," Early said. "And these companies find that to be very attractive."

This is just the first step in getting other future developments to follow at the two megasites, he added.

"I think this is going to be a really strong start to the development of these two megasites," Early said. "I think this is very positive news ... because it will physically show development within the megasites; and I refer to them collectively because they will feed off of one another."