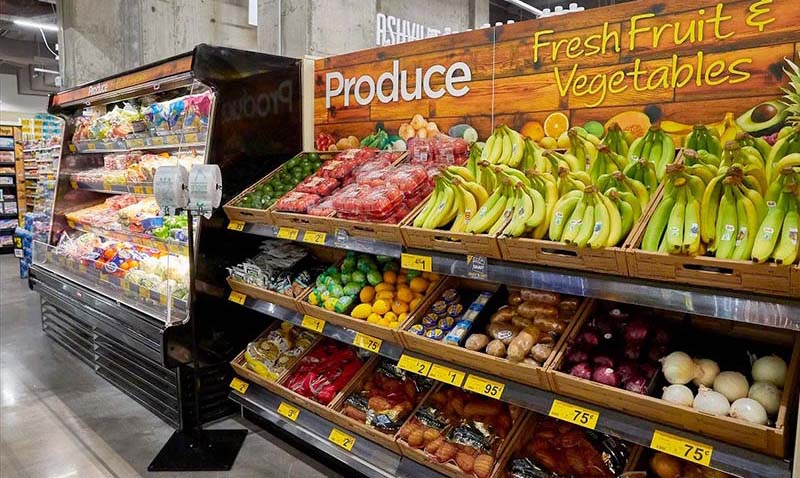 DGX produce in a photo from Dollar General's website. The urban market concept is coming to River Place, a mixed-use project in downtown Wilmington.

The commercial portion of the project, in addition to the DGX and the previously announced Mellow Mushroom and Axis Fitness, will also feature a branch of Bank of America and Nutrition Spot, a healthy smoothie eatery.

The DGX store "will feature everyday household items typically found in convenience stores, as well as an extensive selection of produce and other perishable groceries, a prepared foods section and selective alcohol products," according to a news release. "DGX plans to begin upfitting its 5,200-square-foot site immediately with an anticipated opening in September."

DGX is a smaller urban market concept of Dollar General, with stores in Nashville, Raleigh, Philadelphia, Cleveland and Atlanta.

The River Place store will be on the first floor, just north of the grand stair (pictured below) connecting Bijoux Park to Water Street, accommodating pedestrian access from both Water and Front streets, the release stated. 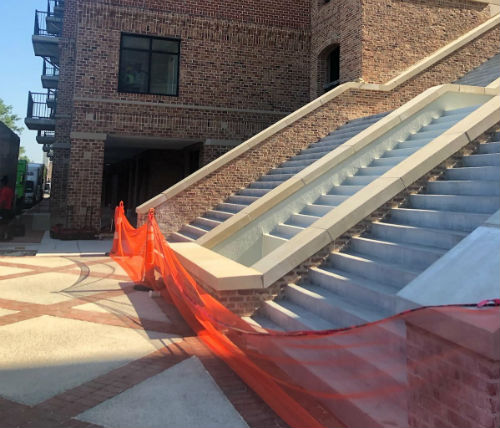 “We are excited to offer our residents an urban market for home goods and limited groceries that is just an elevator ride away,” said East West Partners senior managing partner Lucien Ellison in the release. “The attention to aesthetic and urban blending of the DGX brand will fit well into River Place and be an amenity for downtown residents, employees and visitors, alike.”

According to the release, the River Place DGX will offer a variety of perishable food items, pet supplies, paper products, home cleaning supplies, alcoholic beverages and an expand 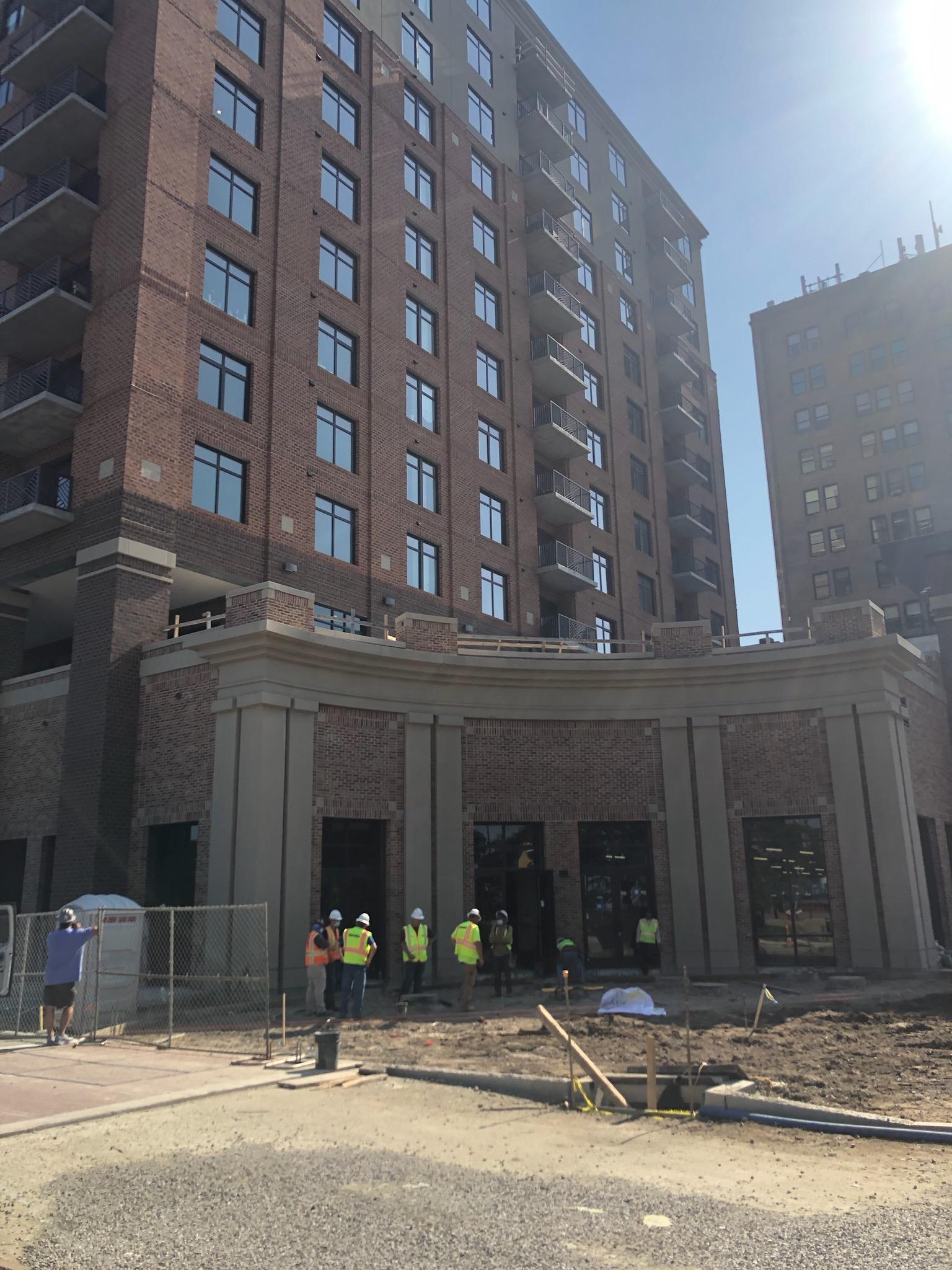 Some retail businesses began upfitting their spaces in January, the release stated.

"Mellow Mushroom and Axis Fitness will be opening in September, along with DGX," the release stated.

Additionally, Bank of America and Nutrition Spot are starting their space upfits within the next 30 days.

On the residential side, River Place (pictured above) includes 92 condominiums and 79 apartments; 31,400 square feet of retail and dining establishments; 57,000 square feet of public plazas and easements; and resident amenities that include a rooftop pool, a private club and fitness facility, and 404 new parking places, 169 of which are for public use.

The more than $80 million project is a public-private partnership between the city of Wilmington and East West Partners.