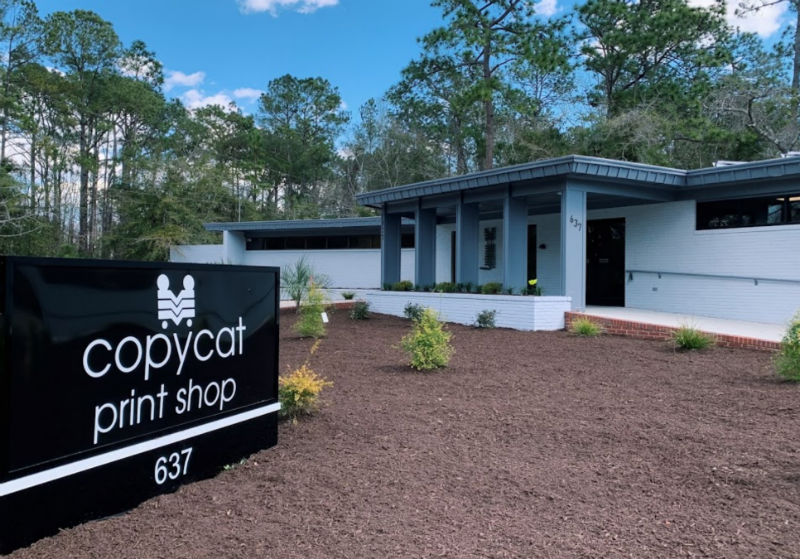 Copycat Print Shop, created in the early 1970s as a print shop for a local architecture firm, moved recently from its previous location on Oleander Drive in Wilmington to a renovated mid-century modern building at 637 S. Kerr Ave.

In 1979, Max Kahn bought out the other three partners in the print shop and incorporated the business, joined in 1981 by his daughter, Betsy Kahn, the current owner and president.

“While razing the original structure and building new could have been an easier process,” Betsy Kahn said in a news release, referring to the South Kerr Avenue location, "our architect, Philip Humphrey, and I chose to save and renovate a well-known building from the late 50s/early 60s.”

The move comes in the wake of many recent initiatives to reduce the carbon footprint of Copycat Print Shop, including installing solar panels, using twice as many recycling carts as trash carts, installing energy-saving lights and offering technology that reduces energy demands and paper/material waste, the release stated.

A grand reopening for Copycat Print Shop's location on South Kerr is planned for mid-April, the news release stated.