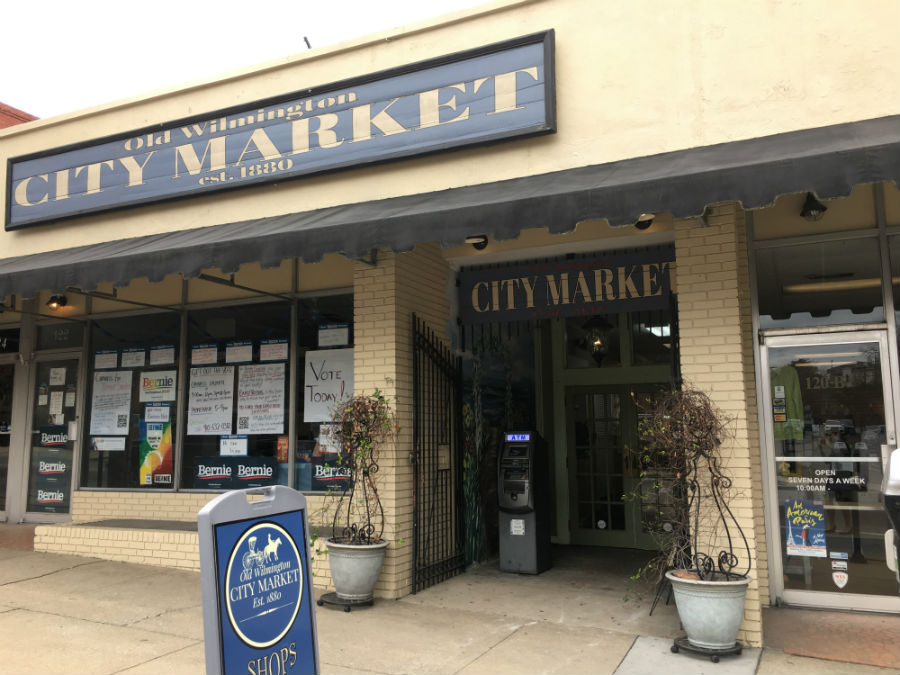 The Old Wilmington City Market now belongs to Erik and Rachel Hemingway of Wilmington after they purchased it at the end of February. (Photo by Vicky Janowski)

An entity controlled by Wilmington residents, ER Quiver Family Limited Partnership, bought the historic property from City Market of Wilmington LLC for nearly $1.5 million, according to a deed recorded Tuesday.

The 14,700-square-foot market was built in the 1880s, according to its Loopnet.com listing. It has entrances on South Front Street and South Water Street and holds a number of retail tenants, including longtime occupants Barouke Exotic Woods Etc. and clothing store Ropa Etc.

“We just like downtown and wanted to be a part of it,” said Erik Hemingway, one of the managing members of ER Quiver, referring to the purchase.

“Right now we're going to keep it [the market] as it is,” Erik Hemingway said, outside of some aesthetic changes that would have to go before the city's historic preservation panel. “We're talking to a few tenants that are looking at the space and seeing what could transpire -- there may be an additional restaurant or a distillery. Those are a couple ideas we're kicking around.”

Eric Knight and Ashley Whitley of Nest Realty represented the sellers of the market, while Eian Lundy of Carolina Commercial Investment Properties represented the Hemingways.

The purchase came with a vacant lot and a couple of vacant spaces inside the market. He said for a distillery or tenants in general, “I think that's an exciting spot, especially with tourist traffic off the Riverwalk.”