Wrightsboro Project Is First To Use New Zoning District 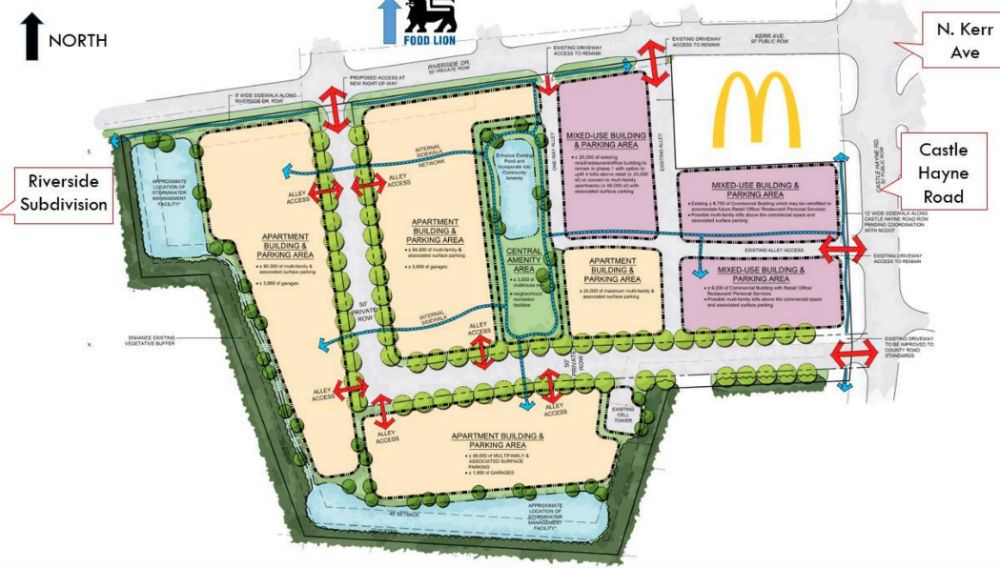 The upcoming transformation of property in the Wrightsboro area into a mixed-use development dubbed Wrightsboro Commons marks a milestone for New Hanover County.

Blue Ridge Companies of Greensboro bought about 12 acres in the 2500 block of Castle Hayne Road from Edwin and Nancy Ennis for $3.27 million, according to a deed recorded in December.

The Wrightsboro Commons project, which is expected to include apartments and the replacement and renovation of existing commercial space, is the first in the county to take advantage of one of New Hanover’s new zoning districts, Urban Mixed Use Zoning (UMXZ).

It’s one of eight zoning districts approved by the county Board of Commissioners in July last year. 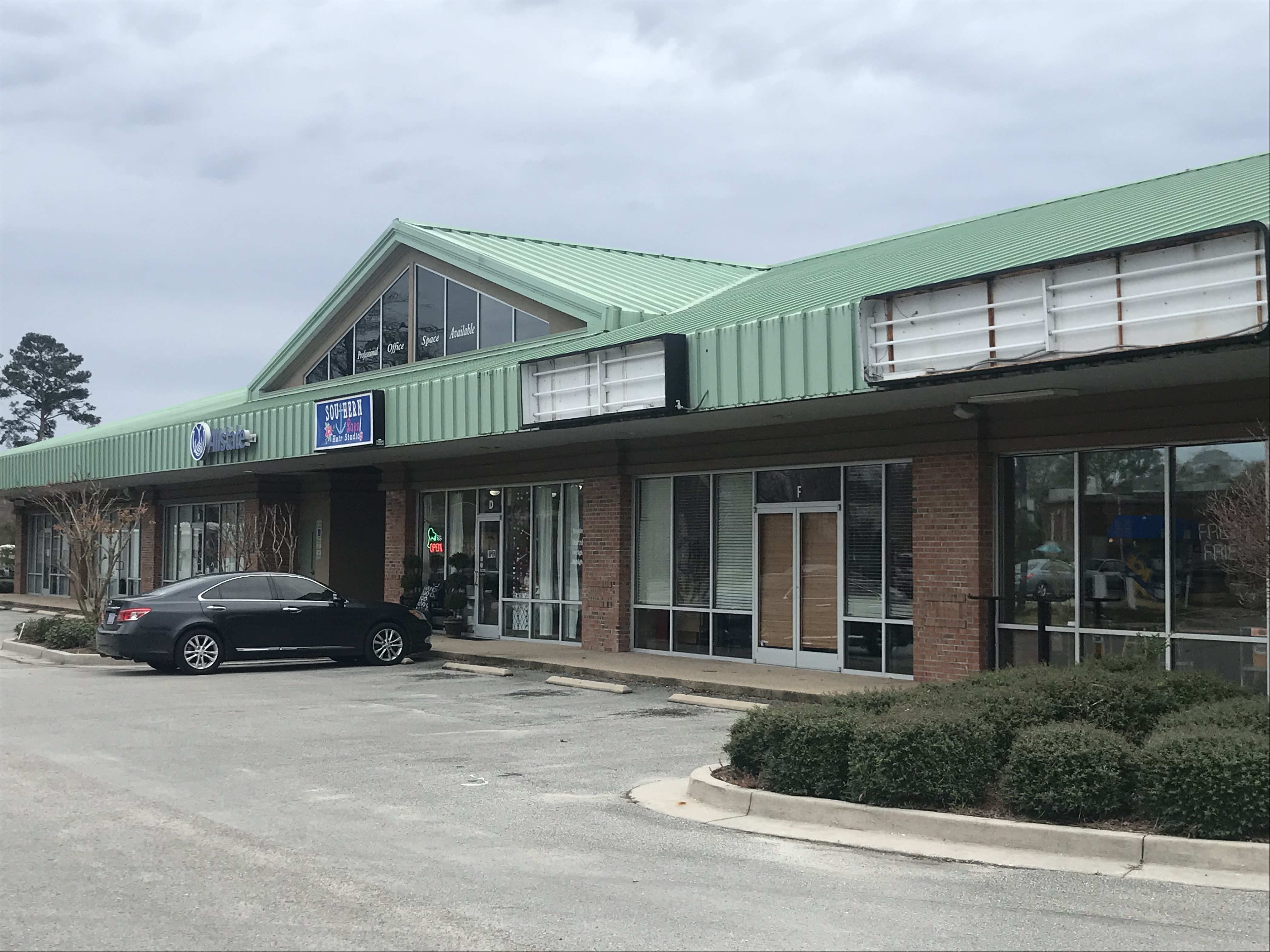 “The proposed mixed-use development will consist of up to 226 dwelling units within apartment buildings and mixed-use buildings, and approximately 41,000 square feet of commercial building space,” according to a county staff report on the plan in October. “The commercial uses proposed are retail, restaurant, office, and personal services.”

P.J. Doherty, a broker with Carolina Commercial Investment Properties (CCIP), represented Blue Ridge Companies in its purchase of the property, while Eian Lundy of CCIP represented the sellers.

Doherty said the first phase of the Wrightsboro Commons project will likely involve the refurbishing of existing commercial space (including the strip center pictured above).

"Once you've got a nicer retail and you can give that a facelift then I think that will also help leasing and give the folks that are going to live there some built-in amenities, some shops and restaurants,” he said.

Wayne Clark, planning and land use director for New Hanover County, said the addition of places to live in the area will help boost existing businesses.

Additionally, “the general area right now is pretty low-density, single-family, so it adds diversity of housing types,” he said.