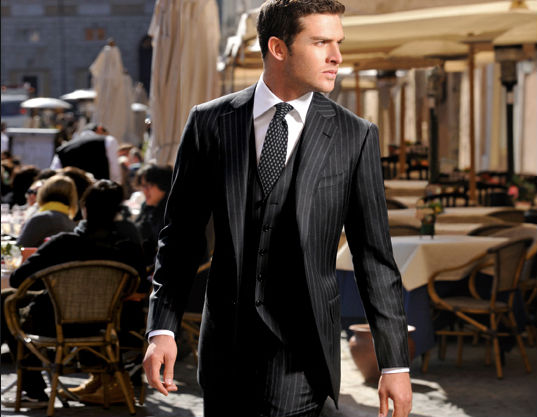 Baldini for Men is set to replace Spectrum Fine Jewelry, which is going out of business after more than 20 years in the Port City.

Luis Cepeda is opening the men's clothing store, which will be stocked with nearly everything a man needs to dress in casual elegance, from suits and sweaters to jeans, he said. The store's inventory will also include tuxedos.

"Our collection is beautiful," Cepeda said. "Almost all of our merchandise comes from Italy."

He and his wife, Ruth, followed their daughter, University of North Carolina Wilmington graduate Paulina, to the area. He is moving his store of the same name to Wilmington from the Long Island hamlet of Manhasset, New York.

Luis Cepeda, who also managed a menswear store on Madison Avenue in New York City for about 25 years, said he looked at other locations but liked the mix at The Forum.

"I think a good complement will be a men's store," he said.

He said he hopes to open Baldini for Men around the second week of November.

Meanwhile, Star Sosa, owner of Spectrum Fine Jewelry, said her experience closing the business has been an interesting one.

"I went through seven negotiations to sell my business and just really had a kind of wild ride, starting with [Hurricane] Florence," Sosa said.

That 'wild ride' ended with her latest negotiation not coming to fruition either after being postponed by Hurricane Dorian and with a new tenant on the way.

"Now I can move on," said Sosa, who described herself as part of the sandwich generation as she takes care of her aging parents as well as young relatives. "I'm not an empty nester by any stretch."

Sosa said she is wrapping up a 35-year career that she might miss later, but she also might continue to be a private jewelry designer.

The final date of business for Spectrum Fine Jewelry has been set for Saturday, Sosa said last week.

"I'm still closing on my terms," Sosa said, "and I've learned a big lesson: It's a hell of a lot easier to sell business assets than to sell a business."