Proposals Due This Month For Wilmington's Northern Downtown Sites 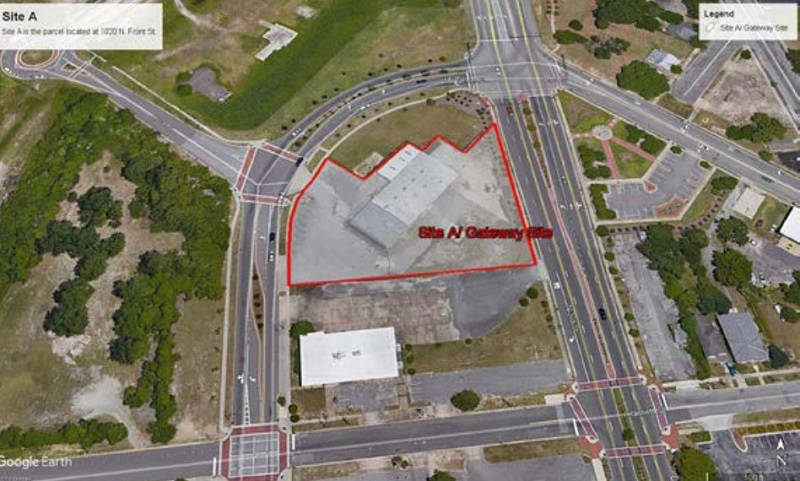 The site map shows the city's gateway site at Front and Third streets. (Image courtesy of city of Wilmington)
The deadline is approaching this month for developers who wish to build something new on city-owned land at the northern entrance to downtown Wilmington.

Applications in the city’s request for proposals (RFP), which opened late May, are due by Aug. 30. Proposals are for future development opportunities at four city-owned parcels in downtown's Northern Business District at 1020, 922 and 908 N. Front St., as well as 901 N. Third St., according to the RFP.

With just a few weeks left to go, the city's request has generated interest, but no proposals have been received so far, Erris Dunston, assistant to the city manager for economic development, said Wednesday.

“This to me is another one of those transformative-type projects. We’re just waiting to see what we get back,” Dunston said.

The parcels make up two separate sites near the Wilmington Riverwalk, PPD headquarters and future North Waterfront Park. Structures on the properties were demolished to make room for future development, including a Greyhound bus station and an old warehouse building.

What's left is a "blank canvas" with a variety of possibilities for downtown development, Dunston said.

The gateway site at 1020 N. Front St., has an opportunity for a visitors center or other public space, according to the RFP. The city purchased the site in 2017 for nearly $2 million to develop it.

On the other site, the city envisions a "modern, multi-use project containing activated street fronts, commercial space, and residential units," the document stated.

“It [the RFP] has so many attractive features that make it, hopefully, something that developers can really dig in and bring us something innovative and exciting back,” Dunston said, adding that the RFP is "very open" to attract diverse proposals.

“We left very few restrictions on the type of proposal we’re looking for in an effort to really attract a variety," she said.

The city's RFP, however, notes affordable housing within its criteria for development.

"Market rate residential units should be included in the proposal with a preference given to those that offer a portion of the units at rates affordable to middle income wage earners," the document states.

The properties could be a catalyst that sparks even more growth downtown, which currently has several developments under construction such as River Place and the Aloft Coastline Hotel, as well as apartment buildings such as The Flats on Front and Pier 33 apartments.

"I think it has the potential to stimulate a lot of growth as well as the economic vitality of what's nestled in downtown," Dunston said. "It also has the potential to spur and spread economic development across Third Street into the Fourth and Fifth street neighborhoods, and the historic areas of downtown."

The city also highlights that there are nearby private properties also available for development through private landowners.

Jeff Hovis, a Realtor and commercial broker with Intracoastal Realty, is marketing just over an acre of land near the city-owned sites at the corner of Harnett and Third streets.

The attention Wilmington is getting from the RFP process has generated interest to his own listings in and around the downtown area, Hovis said.

"It [the RFP's issuance] brought a number of new people into the market. So we have been very busy, some now asking for projects as far as the Soda Pop [District, an area that includes Ninth through 11th streets from Chestnut to Market streets]."

“It will be interesting to see what they actually come up with," he said about the city's project. "We have been told a number of things. So this holds a lot of opportunity."

After the RFP period has ended, city staff will review the proposals and hope to present to Wilmington City Council on Oct. 1, officials said Wednesday.