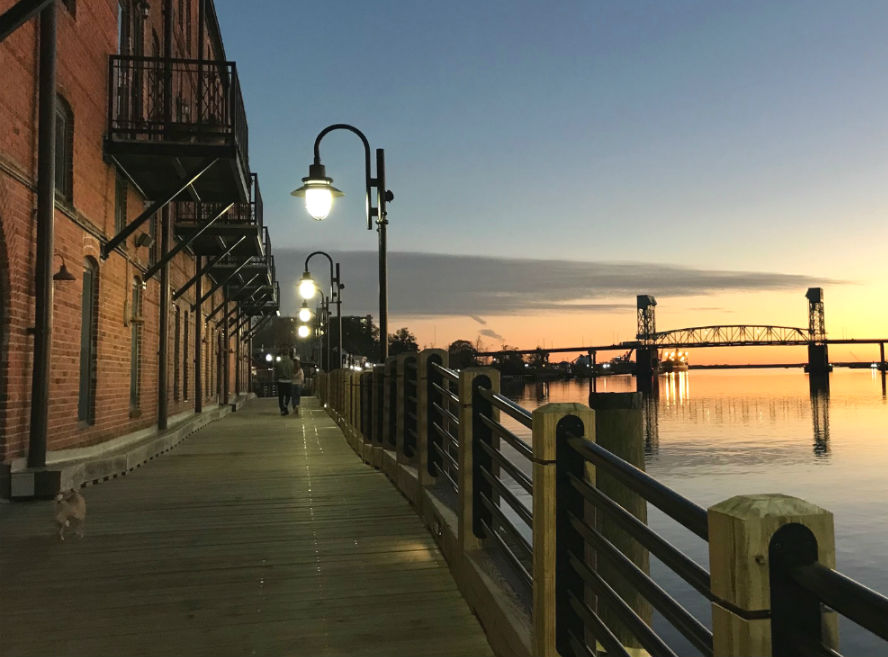 Stewart, an interdisciplinary design, engineering, planning and geomatics firm, announced Monday that the company has expanded in the Carolinas with two new office locations, one in Wilmington and the other in Columbia, South Carolina.

Stewart has already worked on high-profile projects in Wilmington over the years, including downtown Wilmington's Riverwalk, facilities at New Hanover Regional Medical Center and the Wilmington Convention Center, a news release stated Monday.

Stewart's office in the Port City is located in Suite 207 at 2018 Eastwood Road, according to the firm's website.

Opening the new offices "creates a cross-state footprint that builds on the firm’s current headquarters in downtown Raleigh and existing office locations in Charlotte and Durham, bolstering its service offerings for current and future clients," the release stated.

Willy Stewart, CEO and founder of the firm, said Monday, "We had the opportunity to hire some people [in Wilmington] that had lots of experience in surveying and geomatics [data collection related to the firm's work], and we went ahead and took advantage of that opportunity. And now, having that there, we are looking to expand into some of the other services that we provide," including civil and structural engineering, planning and landscape architecture.

"Some of it will be provided from here," Stewart said, referring to the firm's Raleigh office. "We'll also be looking to grow our presence in Wilmington with additional personnel."

He said the firm had an office in Wilmington around 2006, but in the past 10 years has been working with Wilmington clients and projects out of Raleigh. Now there are three people working in the Eastwood Road office, including its leader, Sean Leggett, manager of survey, who brings who brings 26 years of industry and market expertise to the company.

Leggett and his Columbia, South Carolina, counterpart will report to Frank Mundy, geomatics practice leader at Stewart, as the firm builds upon its current geomatics services in each location and grows to include additional offerings, according to the release.

Stewart said he has also worked with the University of North Carolina Wilmington and has been doing some municipal planning with the town of Carolina Beach and Pender County's Unified Development Ordinance.

"I just know that the community's thriving, the market is definitely strong, and whether it's the hospital, whether it's the university, the municipalities around there, the local developers, there's just a lot of excellent, positive energy throughout the whole community," Stewart said. "We're excited to be part of it."