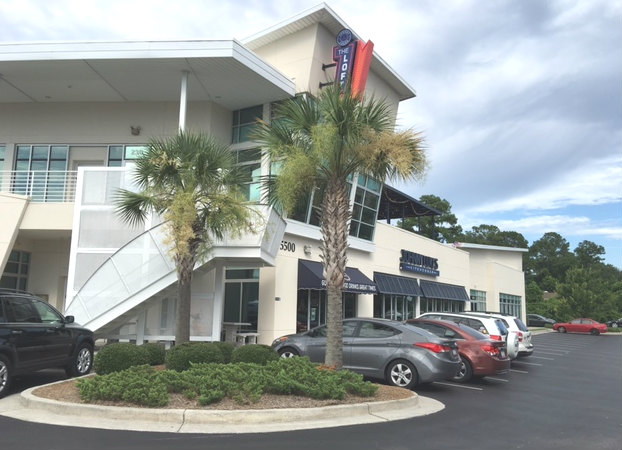 Loud Music, founded by Michael Cole and choreographer Tina Landon, will be located next to JohnnyLukes KitchenBar at 5500 Market St. in 5500 Market Center, according to an announcement from Wilmington-based real estate brokerage and development firm MoMentum Companies.

Cole and Landon, who have lived in California but now reside in Wilmington, plan to open the store in October, and Loud Music is set to offer lessons in all disciplines of music and performance. It will also provide a "state-of-the-art rehearsal space for local and regional bands and for anyone who just needs an hour to play a little louder... but if you’re in the market for a guitar, amp, drums or a just cool rock and roll T-shirt, Loud Music will have you covered," the release stated.

The retail focus will be on vintage and rare instruments, music memorabilia and art, according to the release.

“Far from your typical music store, Loud Music will be an experience," Cole said in the release.

MoMentum Companies President Terry Espy said that after her first meeting with Cole and Landon, she was "convinced that this couple would bring something amazing to Wilmington."

She said in the release, “Our focus has always been to bring in unique businesses that will continue to lift Wilmington, and Cole and Landon will certainly exceed anything we could have wished for.”

Jason Colclough of Wicker Properties represented Cole and Landon in the transaction.

Espy said the store will be a welcome addition to the center.

"The 5500 Market Center has experienced a solid rebirth over the last few years," Espy said in the release. "With the addition of Seasoned Gourmet as one of Wilmington’s only demonstration kitchens featuring local celebrity chefs such as Dean Neff, Keith Rhodes and Ramon Villasenor, Carter Kayte Beauty Atelier and the outstanding success of JohnnyLukes KitchenBar, Loud Music will be quite an excellent addition to this centrally located project."