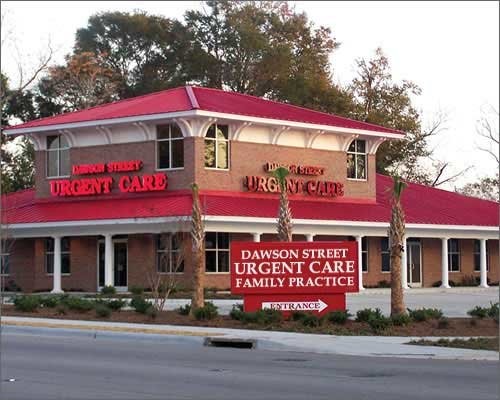 A medical property on Dawson Street in Wilmington sold recently for $1.3 million, according to an announcement Tuesday from Port City-based Coldwell Banker Commercial Sun Coast Partners.

The transaction was a sale-leaseback of the Dawson Street Urgent Care and Medical Center at 608 Dawson St., the release stated.

"The details of the leaseback were not disclosed, but the practice plans to remain in place at least until the end of the lease term," according to the release.

Hank Adams with Coldwell Banker Commercial Sun Coast Partners (CBCSCP) was the listing broker. Mark Johnson and Janet Rose, also with CBCSCP, represented the buyer, Dawson Street LLC, a Virginia group that has investments in multiple states, the release and the deed stated.

"This is their first investment in downtown Wilmington," according to the release.

A sale/leaseback is often considered by physicians who own their real estate, according to the release. Some buyers will allow the seller to reinvest a portion of their proceeds back into the property, and possibly even co-invest with them in the future on other deals, the release stated.

"The internal rate of return (IRR) we’re seeing since 2009 has exceeded 35% annually on these types of investments," Johnson said in the release. "Even with the financial crisis included, going back to 2006, the IRR is still about 20% annually.”

The release stated that CBCSCP has completed several other medical sale/leaseback transactions, ranging from just over $1 million to well in excess of $30 million.  Another undisclosed local specialist practice is under contract and is expected to close by the end of June.