By Jenny Callison and Cece Nunn, posted May 3, 2019
Tweet 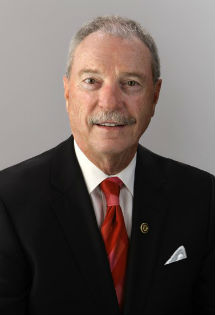 He is a senior vice president at CFC, bringing nearly 30 years of experience to his new role, according to a news release from CFC. Rivenbark formerly was with Wilmington-based commercial real estate firm Maus, Warwick, Matthews & Co.

“We have tremendous respect for Charlie and are very excited to have him join our team,” said Cape Fear Commercial partner Brian Eckel in the release. “He is a man of great integrity and has gone above and beyond the call of civic duty while maintaining an excellent career in commercial real estate.”

"I think I was with a first class company previously. I just saw that it was time for me to make a change," said Rivenbark, who was part of Maus, Warwick, Matthews & Co. for 18 years and said he remains friends with his former colleagues.

He got his real estate license in 1982 and served as a broker from 1982 to 1989 before entering the restaurant business for 14 years, owning Charlie Rivenbark's on South College Road and serving as a managing partner of Annabelle's.

Rivenbark is a New Hanover County native and attended the University of North Carolina Wilmington. He serves on the Wilmington City Council, having been elected to five terms.

The 70-year-old said he doesn't plan to stop working any time soon.

"I like what I do very much, and I'm with a good crowd," Rivenbark said.