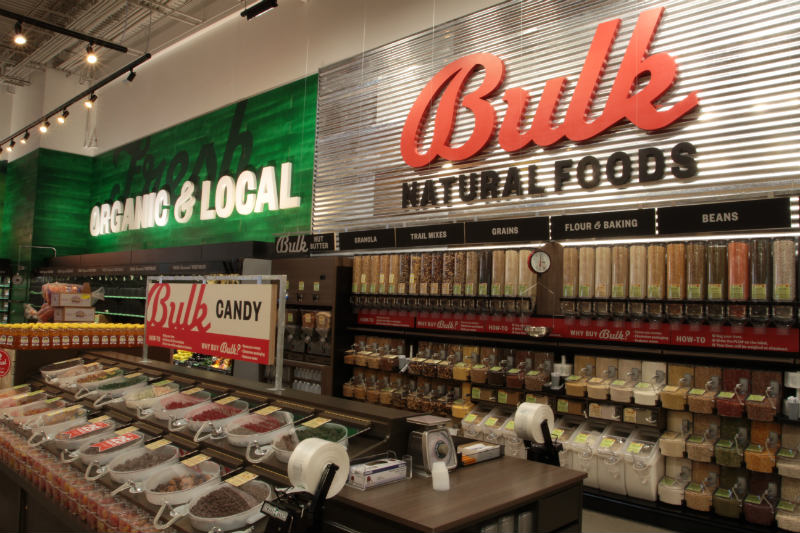 A drive-thru coffee shop could also join the lineup at the center at the corner of Sir Tyler Drive and Military Cutoff, according to a request from developers that will be considered by city officials this week.

But the main ingredient at Renaissance Market is Earth Fare. Bringing a location of the Asheville-based specialty grocery store to the Port City wasn’t an easy undertaking.

It started in a duck blind on a hunting trip in Currituck County about three years ago. That’s when Raiford Trask III of Wilmington-based Trask Land Company brought up the idea of a potential development partnership to Randy Kelley, principal of Harbour Retail Partners.

Once the partnership began, it was a matter of attracting the right tenants to what has become a more than $14 million project. Trask Land had a desirable location, having owned the property for more than half a century, while Kelley’s company had experience in the development of specialty grocery store-anchored centers.

“The quality of location of the Trask land made it an easier sell to Earth Fare, but I wouldn’t call it easy,” Kelley said. “It just took the relationship, and a lot of understanding of what they’re looking for, to package it right.”

Kelley added, “We had to spend a lot of time with them, helping them understand why here, why this part of the submarket. Why Wrightsville Beach, Landfall, the going-home side of the road, the growth in Pender County and the synergy with the mixed-use area – the office, hospitality and other retail along Military Cutoff.”

Frank Scorpiniti (pictured below), president and CEO of Earth Fare, said the Wilmington location marks the third Earth Fare store that Harbour Retail Partners has worked on with the chain, founded in 1975. The other two are in Summerville, South Carolina and Roanoke, Virginia.

“When Randy and his team came up with that location [on Military Cutoff in Wilmington], we thought that was the right spot for us. As you know, there’s a tremendous amount of growth on Highway 17 [in northern New Hanover County],” Scorpiniti said. “The growth and the shopping center across the street [Mayfaire Town Center] and the lifestyle of the area just really fits with our health focus.” 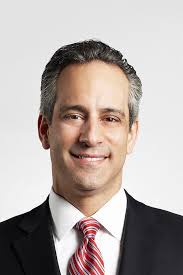 He said Earth Fare officials had considered a couple of other locations in Wilmington, including one near the University of North Carolina Wilmington, before deciding on 943 Military Cutoff Road, the northeast corner of Military Cutoff and Sir Tyler Drive, in part because it is expected to be easy for shoppers to get in and out of the parking lot.

The development team is spending about $750,000 on off-site road improvements.

Meanwhile, the 24,000-square-foot Earth Fare store will have a full assortment of groceries, none of which contain artificial colors, preservatives, trans fats or high-fructose corn syrup, Scorpiniti said.

“It’s got everything you would need to stock up your kitchen for everyday needs and have a fabulous party with the best food you can buy,” Scorpiniti said.

He said he believes the store’s prices are in some cases more competitive than Whole Foods, with some base items that are price-locked, including a 98-cent baguette.

As for other potential locations of Earth Fare in the Wilmington region, Scorpiniti said, “It certainly is a possibility. There’s nothing on the drawing board right now. We’ll open this store and see how the customers react, and we’ll make decisions from there as this store matures. We want to be able to serve, conveniently, our communities. Some people do drive for long distances to come get our clean foods so we’re trying to be as convenient as we can be.”

A ribbon-cutting ceremony at Earth Fare, which is employing 113 people full- and part-time, is scheduled to begin at 6:45 a.m. Wednesday.

Thomas Construction Group is the general contractor on the project.

“They’re getting that Earth Fare opened six weeks before the contract date despite record rainfall in July and a hurricane in September,” Trask said of the construction firm. “They’re really impressive. It’s really important to have a good contractor as your partner.”

West Marine, an outfitter of boating supplies, is moving from Lumina Commons and expected to open Dec. 14. That’s the same day Blaze Pizza, which is known for fresh and clean ingredients, is scheduled to begin welcoming customers.

The development partnership has not announced which coffee shop is proposed in an outbuilding under construction, or the remaining two tenants. Because of a traffic count variation between what was to be a restaurant and what is now a proposed coffee shop, a change in the approved conditions will be considered at a Wilmington Planning Commission meeting scheduled for 6 p.m. Wednesday.

For Trask, the quality of the tenant mix at Renaissance Market is critical.

“If you want to hold something long-term and if you believe the property location is going to be good for 20 to 30 years as we do here, then you really want to push for internet-resistant tenants and design [coastal architecture in coastal colors in this case] that are going to last,” Trask said.