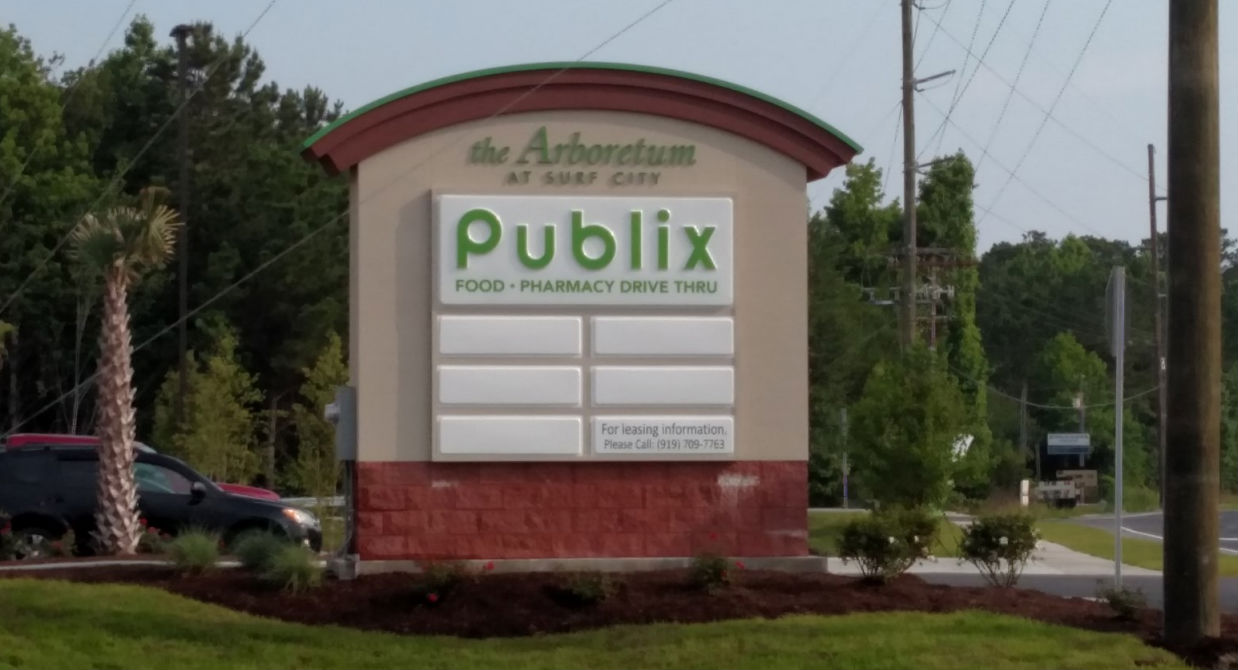 The Arboretum at Surf City, which has a Hampstead address, is anchored by a Publix grocery store that opened in May. (Photo courtesy of Cape Fear Commercial)
A Wilmington-based commercial real estate firm has started a marketing push to lease more than 12,000 square feet of space in a Publix grocery store-anchored shopping center in Hampstead near Surf City.

The Publix at The Arboretum at Surf City, a new center at the northwest corner of N.C. 210 and N.C. 50, opened in May. Remaining space includes 12,300-square-feet of retail and four outparcels ranging in size from about 1 to 1.72 acres, according to marketing materials by Cape Fear Commercial.

Along with outparcels along N.C. 210, plans show the potential for several restaurants and shops in multiple units in the retail building across from the 45,600-square-foot Publix, which celebrated its grand opening May 26.

Bryce Morrison of Cape Fear Commercial is the listing agent for the retail space and outparcels at The Arboretum at Surf City, which was developed by Surf City Topsail Partners LLC. The center's address is 2765 N.C. 210, Hampstead.

"It's just bringing another amenity to the growing residential population of the Surf City-Holly Ridge-Hampstead area and area beaches," Morrison said of the center.

The triple-net lease rate for the retail space is $24 per square foot, according to Cape Fear Commercial marketing materials, and outparcel ground lease rates range from $75,000 to $102,000 per year.