Up Next For The Avenue: Design And More Review 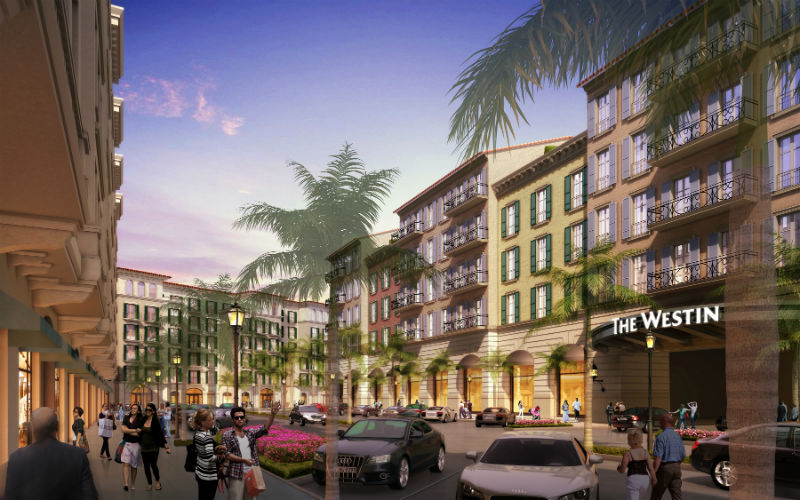 Requests that will allow The Avenue, a mixed-use project that will be anchored by a Westin hotel, to move forward were approved by city officials Tuesday night. (File rendering)
The next steps for a $200 million project coming to Military Cutoff Road includes design, more city review and local, state and federal permitting.

On Tuesday night, the Wilmington City Council approved a rezoning with conditions and special use permit (SUP) for The Avenue, a mixed-use project anchored by a Westin hotel and conference center. Council members Kevin O'Grady and Paul Lawler voted against the rezoning, while O'Grady also voted against granting the SUP request.

Traffic concerns have been a major part of the discussion as The Avenue, one of three major projects planned for Military Cutoff Road, has proceeded through the city's rezoning and SUP procedures.

At Tuesday night's meeting, The Avenue developer Roy Carroll of The Carroll Companies, a Greensboro-based firm, said he wouldn't have invested the first dollar in the project if he didn't think upcoming road improvements, including N.C. Department of Transportation work in and around the corridor and more than $2.5 million in changes Carroll's company is funding, would alleviate the congestion.

In addition to the Westin hotel and conference center and a spa, The Avenue will also include apartments, restaurants, office space and high-end retailers.

Now that the council has approved the rezoning and SUP, the development team can move on to the detailed design phase, said Livian Jones, a development consultant who has been working with The Carroll Companies on the project. Overall, it will likely take 14 to 16 months to get through the design and permitting process, she said, and the detailed plans will have to be considered by the city's Technical Review Committee.

University of North Carolina Wilmington Regional Economist Adam Jones, who helped prepare an economic impact report on The Avenue, said projects like The Avenue and Center Point, a $250 million mixed-use project planned for land with frontage on Military Cutoff and Eastwood Roads, are among numerous supporting facilities that could boost the area's economy.

"If you start thinking about what Wilmington's going to look like 10 years from now, you've got some real potential for us to take the next step forward with some of the commercial developments that are coming in and other types of employment that those will draw," Jones said.

Carroll considers The Avenue to be a legacy project, which is expected to take seven to 10 years to build in multiple phases, for his company.

"We like to build and keep stuff forever," Carroll said at Tuesday night's meeting. "We wanted to build something that was durable."