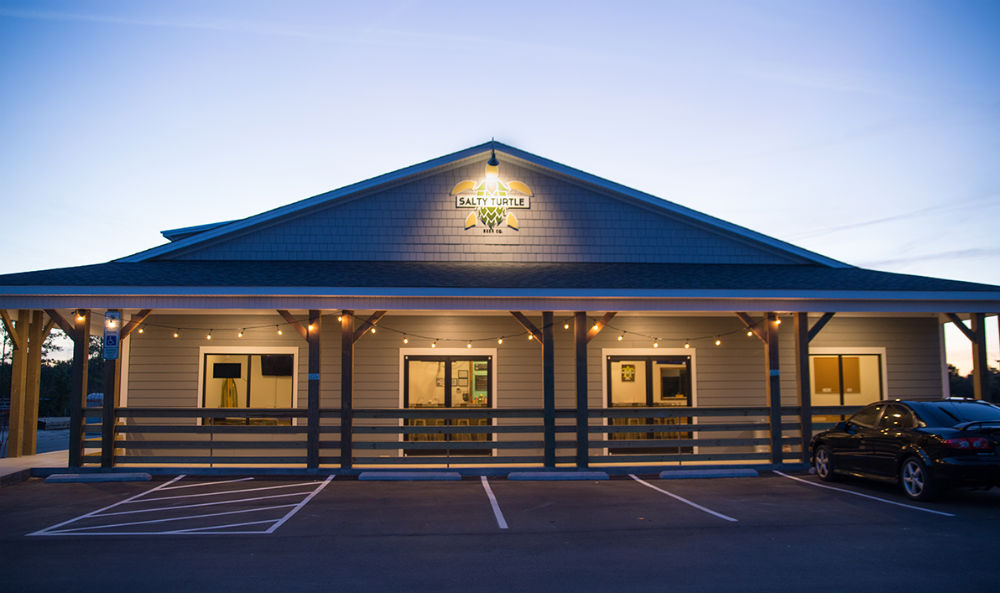 The Salty Turtle is a nano-brewery, co-owned by Daniel Callender, Dean Kelley and Zack White, at 103 and 106 Triton Lane.

Callender said in a news release Wednesday that the brewery experienced such a high demand when it opened in December 2017 that it needs more room.

The initial lease was for 2,400 square feet at 103 Triton Lane, which included a covered patio and beer garden, according to the release from Coldwell Banker Commercial SunCoast. The Salty Turtle will grow with an additional 1,200 square feet at the adjacent 106 Triton Lane. The addition is scheduled to be complete by June 1.

The expansion will also allow the brewery to double its output and market its beer throughout North Carolina, the news release stated.

Callender is an active duty Marine stationed in Camp Lejeune and Kelley is a retired Marine. Both have been home brewing beer since 2013 and shared a dream of opening a local brewery, the news release said. White is a veteran of the craft brewery industry and joined the team in 2017.

The name of the brewery was inspired by the Karen Beasley Sea Turtle Rescue and Rehabilitation Center in Surf City, which is one of the brewery’s community beneficiaries.

“The Salty Turtle is a neighborhood brewery and we believe in giving back to the community in which we live and work,” Callender said in the release. “We are dedicated to serving the local community by brewing a variety of crafted beer in a relaxing environment that welcomes family, friends and well-mannered dogs.”