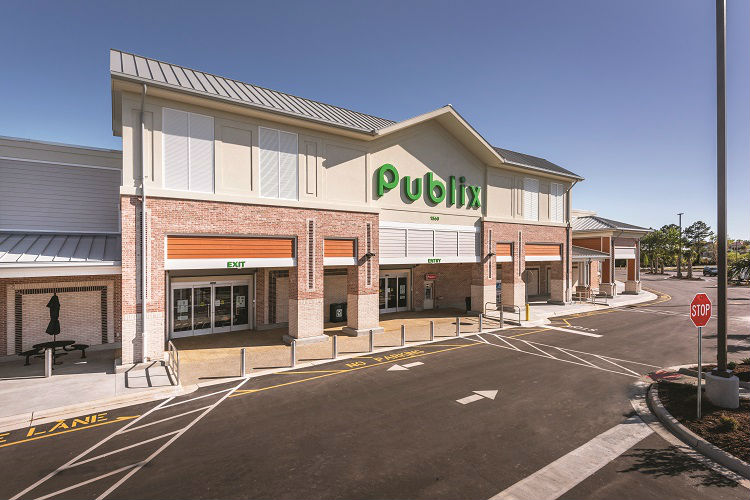 The national grocery store chain is anchoring the 55,000-square-foot shopping center  located at 1564 Market Place Blvd., Beach Drive SW and Causeway Drive, adjacent to Ocean Isle Beach Airport, according to a news release from Halpern Enterprises Inc., the developer behind the project.

“We are very excited to have Publix at Ocean Isle Beach Market Place,” Halpern President Bill Brown said in the release. “As a community partner, Publix provides residents and the half-million visitors who travel to the island every year essential goods and services, and also brings more than 100 jobs to the island.”

Publix officials said the store has brought 120 new positions to the area.

Other tenants at Ocean Isle Beach Market Place include The Preppy Pineapple, an apparel and gift shop, opening in May, and Noire the Nail Bar, Backstreet Café and an additional restaurant concept coming soon, officials said in the release.

Ocean Isle Beach Market Place is the seventh shopping center Halpern has built or redeveloped with a Publix anchor and the second in North Carolina, according to the release.

“I think it’s great for the area," Justin Whiteside, assistant town administrator for Ocean Isle Beach, said about the development.

"I think Ocean Isle has been found. It was voted best Tiny Town by Southern Living Magazine. People are coming. Businesses are coming. We have a lot of residential construction in the town … and the commercial will come to help support it,” he added.

The town has seen steady residential development with 37 single-family homes on the island and 64 in the extra-territorial jurisdiction in 2017, Whiteside said. Ocean Isle Market Place was the biggest commercial development to hit the town last year, he said.

So far this year, in terms of residential growth, there have been six permitted single-family homes on the island and 13 in the town's extra-territorial jurisdiction. There has been no new commercial development in 2018.

While not technically in the town of Ocean Isle Beach, the nearby Pelican Square shopping center at 1645 Seaside Road SW has been undergoing redevelopment and is nearly complete, according to Will Oakes, leasing associate with Lat Purser & Associates Inc.

The company has been working on the 28-year-old shopping center since last year and just has some landscaping work left for the project, he said.

Developers hope to have the small shops fully leased by the end of the summer, he said, adding that they are also searching for a big-box tenant for the 26,000-square-foot space that was formerly a Food Lion. Oakes said the development could also include "a high-end pocket community of single-family homes."

“We’re excited about Publix coming to the area because it's going to draw more people and get that buzz going in the area. And get retailers looking at the area …,” Oakes said.

“The road that we are on … We are seeing it as the gateway to Sunset Beach and Ocean Isle" that can serve both communities, he added.