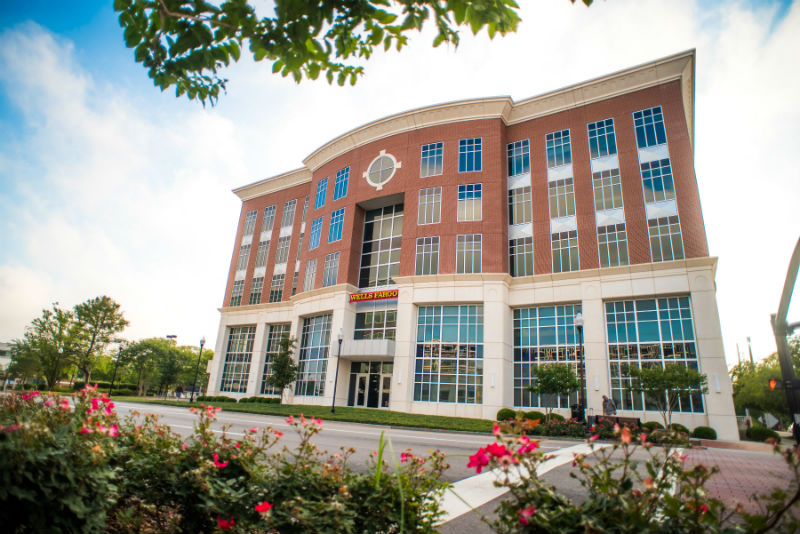 Taylor Development Group purchased the Wells Fargo-anchored building at Third and Grace streets in downtown Wilmington. (Photo by Will Page and courtesy of Cape Fear Commercial)
The Wells Fargo-anchored building in downtown Wilmington at Third and Grace streets has been purchased by an investor based in Winston-Salem for nearly $11 million.

Brokers Mike Brown, Paul Loukas and Vin Wells with Cape Fear Commercial represented the seller, Third & Grace LLC, the release stated. Michael Waldrop with Waldrop Properties in Raleigh represented the buyer in both this transaction and the purchase of the Landfall Park buildings.

Situated on the corner of North Third and Grace Streets, the five-story office building developed by Third & Grace LLC’s Bert Williams is in a growing northern section of downtown Wilmington, according to the release.

“We have been very pleased with the Wilmington office market and see excellent fundamentals for the future,” said Chris Ramm of Taylor Development Group, in Monday's release. “Anchored by Cape Fear Community College, PPD and the new Convention Center, the northern section of downtown has really experienced tremendous development over the last several years and we are excited to find a building in the middle of this growth.”

While Williams developed the office building in 2002, his roots in the property extend back two generations, the release explained.

"Around the turn of the century, Williams’ grandparents built their home and lived on the property. His father later opened his medical practice in what was his former home, operating out of the location from around 1950 until the construction of New Hanover Regional Medical Center, when he moved to Medical Center Drive and formed Wilmington Surgical Associates. In the years that followed, father and son began accumulating adjacent properties and betting on the future of downtown Wilmington," the release stated.

Williams said in the release, “Development of the property seemed like the best opportunity to meet three objectives I had: build something that would be good for Wilmington, that tenants would be proud of, and would be a good investment at the same time.”

Along with Wells Fargo, tenants of the Third & Grace include RSM, CEMS Engineering and law firms Hedrick Gardner and McGuire Woods, according to the release.

"Cape Fear Commercial will continue to manage and lease the property on behalf of the new owner," the release stated. "Current space availability ranges from 2,393 to 5,652 square feet."