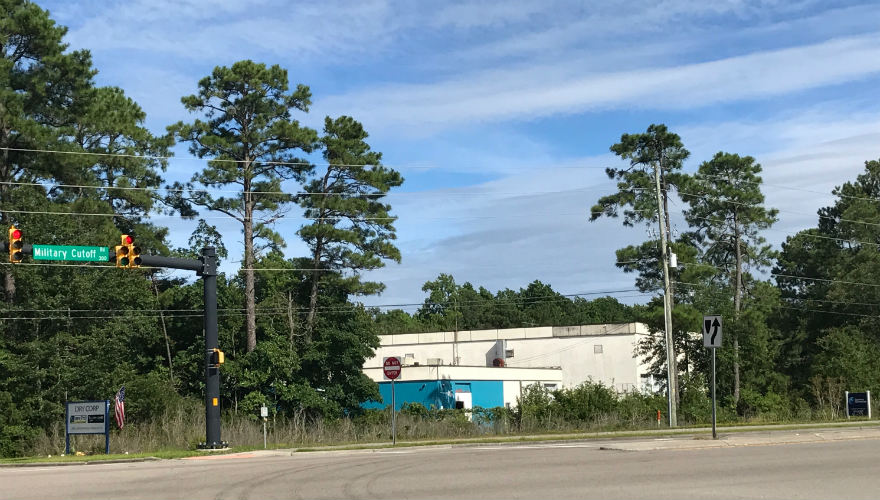 The Carroll Companies purchased nearly 11 acres at 349 Military Cutoff Road in a $7.5 million deal that closed Thursday. A mixed-use development called The Avenue has been proposed for the site. (Photo by Christina Haley O'Neal)
Another piece of the puzzle has fallen into place for a proposed $200 million mixed-use project on Military Cutoff Road.

On Thursday, The Carroll Companies completed a $7.5 million purchase of nearly 11 acres at 349 Military Cutoff Road. The property contains the majority of the frontage for The Avenue, a planned 44-acre development that would be anchored by a Westin hotel and conference center.

"We are fully committed to The Avenue's development," said Roy Carroll, president, founder and CEO of The Carroll Companies, when asked about his latest Wilmington investment. "We have a Westin hotel commitment; we have already closed on the majority of the land, we have traffic studies, environmental sign-offs, plus hundreds of thousands of dollars in engineering and architectural design. Our company is a multi-billion dollar company and we have the 'financial horsepower' to not only build this development but to make it one of the best mixed-use developments in the Carolinas."

The Avenue would be built over 10 years. In addition to the Westin, the plan for the development also includes high-end boutiques under luxury apartments.

Greensboro-based The Carroll Companies bought more than 30 acres of the site where The Avenue is proposed, including the Hidden Lakes Mobile Home Park, last year for more than $4 million.

A rezoning request to change The Avenue's site from a mobile home park designation to UMX, urban mixed-use, was postponed by The Carroll Companies from July to a November city Planning Commission meeting after a city staff report called the site "the wrong location" for the project because of traffic concerns.

But Carroll has said a number of factors refute those concerns, including The Avenue's long timeline for build-out, the small nature of the high-end retail shops that would be attracted to the project, and road improvements already in the works and those that would be made by The Carroll Companies at a cost between $1 million and $2 million.

"We are very excited about The Avenue's development and look forward to sharing more details about the development in the not-too-distant future," Carroll said Wednesday.

The Avenue is among three mixed-use developments planned in Wilmington not far from Wrightsville Beach, including Airlie at Wrightsville Sound on Wrightsville Avenue and the recently announced CenterPoint project on Eastwood and Military Cutoff roads.