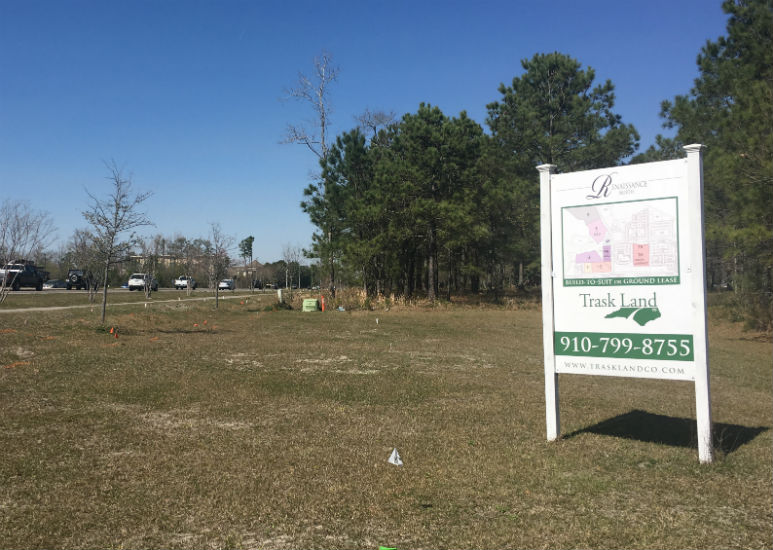 Renaissance North, a 40,000-square-foot development project, is in the works on land (shown above) at Sir Tyler Drive and Military Cutoff Road. (Photo by Cece Nunn)
A new commercial development project could be coming soon to a high-profile corner in Wilmington.

Trask Land Co. and Harbour Retail Partners are working on a 40,000-square-foot development called Renaissance North, to be anchored by an unnamed specialty grocery store and include a mix of other tenants, said Raiford Trask, president of Trask Land Co. The project would be built on land at the corner of Military Cutoff Road and Sir Tyler Drive, in front of the Goodwill store.

The project was highlighted Thursday in The Fly Paper, a public affairs publication from the Cape Fear Realtors. Trask met with CFR leaders recently to describe the proposal, saying that to address traffic, plans for the project include adding a second left turn lane from Sir Tyler Drive onto Military Cutoff Road going south, according to The Fly Paper.

Trask said his company and Harbour Retail Partners expect to submit the Renaissance North proposal to the city of Wilmington this month and hope to begin construction in August.