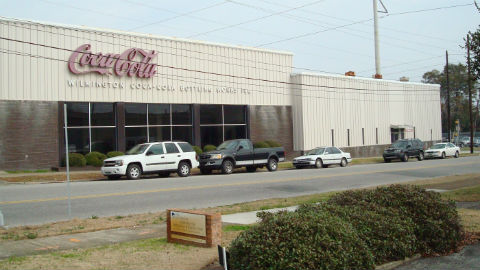 Developer and new owner Jim McFarland said his company will most likely turn the site, which involves 5.5 acres and includes several buildings, into mainly a retail center with the possibility of a grocery store and restaurant becoming components.

“We are trying to use the buildings that are on the property if possible, but if it’s not possible, everything could end up being razed to build something new,” McFarland said. “We’re trying very hard to use what’s existing on the property. I’ve done quite a few renovations in the past; I enjoy doing that, and I think that’s a better way to go, but that doesn’t mean that’s what’s going to happen.”

Before the December sale, the property was on the market for more than a decade with limited interest, according to the release from Cape Fear Commercial.

“Coming out of the recession, activity increased as many developers saw the Coca-Cola property as an opportunity to redevelop a large area of urban land that is only a few blocks away from all the private and public development that has recently occurred in the downtown area,” said Paul Loukas, the Cape Fear Commercial broker who represented the seller in the transaction.

Loukas said the rezoning of the property from an industrial designation to urban mixed use by the city of Wilmington in 2013 helped generate more interest from potential buyers. McFarland said ultimately, the rezoning was not the reason Osprey Lands bought the property while the improving market for commercial real estate development was a major factor.

The redeveloped site could also have a small residential component, McFarland said, but none of the company's plans have been finalized yet.

“We know that the city will require us to come before them with anything we do. I believe the city will welcome what we’re trying to do, but we’re happy to work with them in any way in order to do what the city and neighborhood needs and what they want us to do,” McFarland said.

Built in the 1930s, the property once served as a Coca-Cola bottling plant, and later as a warehouse and distribution center before the company moved its operations to a more modern facility, the news release said.