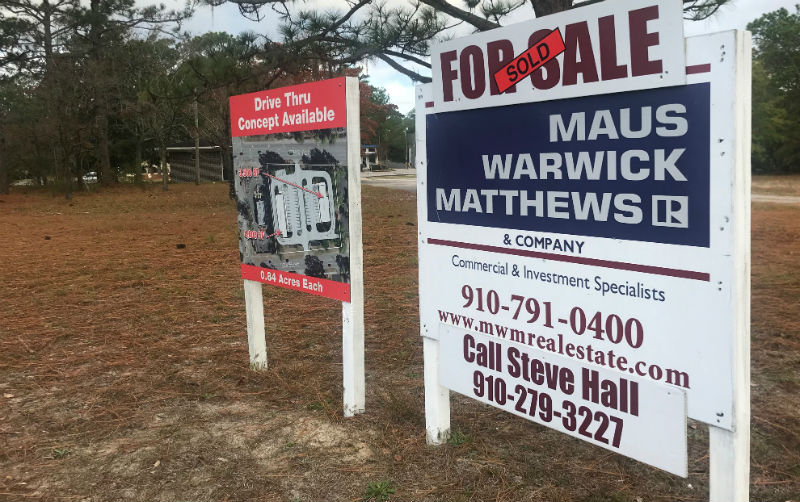 Planning an eye surgery center (and not a drive-thru), Wilmington Eye purchased this property in the 1900 block of South 16th Street. (Photo by Cece Nunn)
Wilmington Eye, one of the largest multi-specialty ophthalmology groups in Southeastern North Carolina, plans to open a freestanding ambulatory surgery center on 16th Street, a few blocks from the practice's largest location in Wilmington.

The practice bought the property at 1915 and 1919 S. 16th St. for $1.2 million in October, property tax records show, in anticipation of gaining approval for a certificate of need (CON) for the surgery center.

"The opening of Wilmington Eye's surgery center is going to greatly increase access to cutting-edge opthalmic surgery at drastically reduced costs," said Alan Oester Jr., oculoplastic and reconstructive surgeon at Wilmington Eye, in a news release. "But this is not only a major advancement for our patients that will be having surgery here. It will also benefit our entire community by alleviating pressure on the healthcare system in southeastern North Carolina as it struggles to maintain access to care with the exploding population."

Currently, Wilmington Eye performs thousands of ophthalmic procedures, such as refractive surgery, bladeless cataract surgery, blepharoplasty and strabismus surgery for both pediatric and adult patients at various hospital-based surgical facilities throughout the region.

Wilmington Eye has six locations in New Hanover, Brunswick, Pender and Onslow counties. According to Wilmington Eye's CON application, which was conditionally approved in October, New Hanover County has the second highest number of ophthalmic cases in the state, second only to Mecklenburg County.