Plastics Molding Manufacturer Gets Its Start In Wilmington 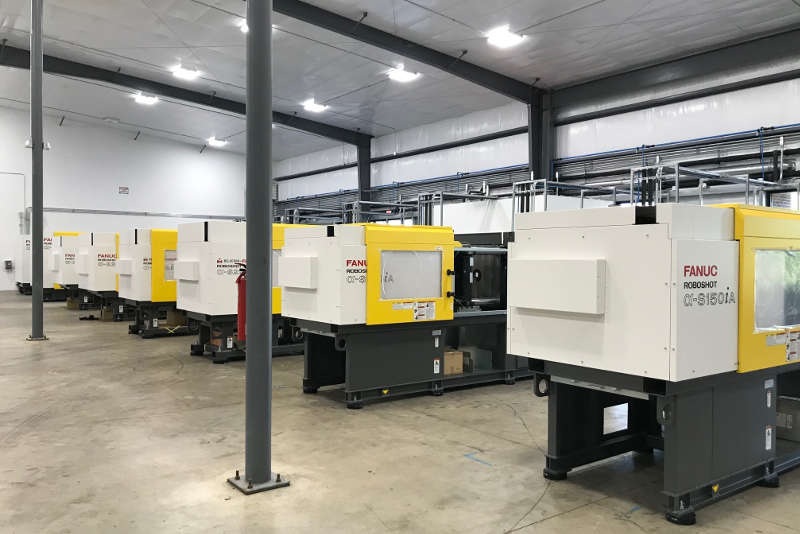 C2C Plastics is ramping up operations at the North Kerr Industrial Park. (Photo by Christina Haley O'Neal)
A new manufacturing company has rooted itself in Wilmington.

The company specializes making caps and closures, he said.

The company leased space inside the industrial complex off of Hall Waters Drive in September, he said.

Since taking over the space, the company has been working to outfit the operation, hire employees and establish clients in the state and beyond. Pandozzi said he plans to cover the North American market.

C2C Plastics currently has five employees with plans to hire more as it ramps up production, he said.

Pandozzi has more than 30 years of experience in the plastics industry, working for several Fortune 500 companies’ plastics divisions, including Johnson & Johnson, and most recently, Essel Propack, where he managed its global injection molding capabilities.

For his business, Pandozzi said he picked Wilmington for its quality of life and logistical position to major highways and the Port of Wilmington.

The company's eight horizontal injection molding machines – ranging from 100 to 450 tons – came in through the port in late April on the largest vessel to berth at the port, he said.

“Our containers were on that ship, which was exciting to be part of that history for Wilmington,” Pandozzi said.

According to NC Ports, the ship that arrived in April was its first 12,000 20-foot equivalent vessel.

Describing the local manufacturing operation as a "high volume dealer," Pandozzi said the eight machines at the site have combined production capabilities to push out about 95 million pieces a month.

“There’s not a lot of competition here as far as plastics injection molding goes ... we are a custom molder. We will mold for anybody,” Pandozzi said.

As business gets going, however, plans could take the company to another local location in the future as the company grows.

“This potentially is our temporary position for the next three to five years. During that three-to-five-year period, we will establish our customer bases and product lines and then decide where in Wilmington we're going to build our new development,” Pandozzi said. “It’s our intention. So we'll build a brand new building, a much larger [building] within the Wilmington area. C2C is based here, and we plan on staying in Wilmington."

The company plans on hosting a ribbon cutting at the facility sometime in August, he said.