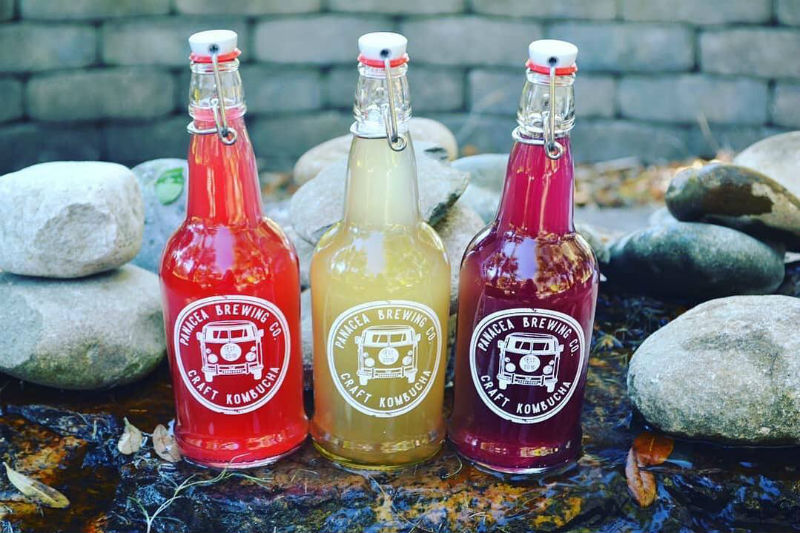 “As soon as we leased our current taproom, we had pretty much already grown out of it,” said Robin Hill, who owns Panacea Brewing Co. with her husband, Art.

The Hills have been seeking a new taproom location for about a year now, with the goal of finding a space that would allow them to serve not only kombucha, but food as well.

Art Hill is a trained chef with 20 years in the food industry prior to opening the brewery. The menu at the new taproom will focus on plant-based foods, serving mostly vegan and vegetarian items.

“We want to include as many funky ferments as we can,” Robin Hill said.

She said the menu will include homemade tempeh, koji, several varieties of legumes, and fresh salads made with local fruits and vegetables whenever possible.

“We’ll be experimenting with lots of different types of fermentation,” Robin Hill said.

Panacea regularly has been selling out of items such as pickles, hot sauces and vinegars at local farmers markets throughout the summer.

“We’re selling them faster than we can make them,” Robin Hill said. “It seems like the community is really ready to consume more of these types of foods.”

While the market season is winding down, Panacea plans to continue to sell at the year-round farmers market at Tidal Creek.

“It’s ideal timing for us to prepare for the move now that market season is coming to and end,” Robin Hill.

Customers can expect casual, counter service at the new taproom and cafe, with indoor and outdoor seating.

The brewery owners say they plan to apply for a liquor permit to serve kombucha cocktails and some lesser-known craft ferments as well as beer and wine. There will be 24 taps at the new location, serving kombucha, local craft beer and herbal sodas.

Renovations will begin shortly, and the current taproom will remain open until the new space is ready. An early December opening is expected.