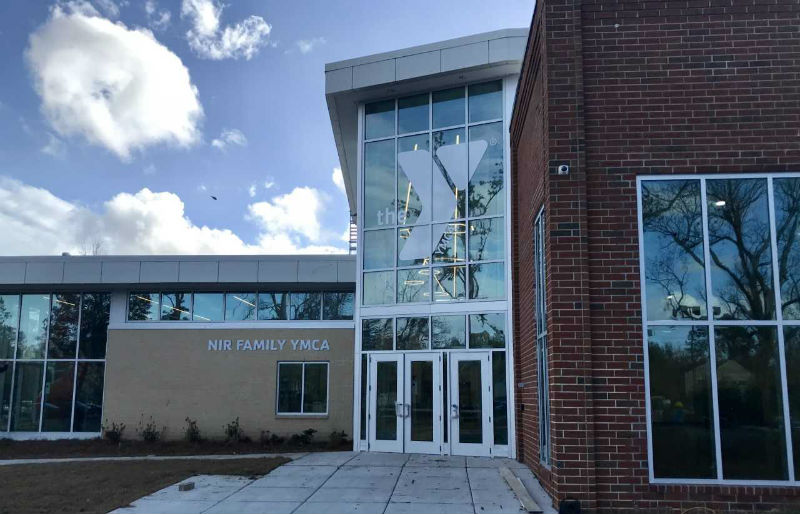 The Nir Family YMCA had a ribbon-cutting ceremony Dec. 30, when new and former members visited the facility at 2710 Market St. (Photo courtesy of YMCA of Southeastern NC)
With the opening of the Nir Family YMCA, officials with the local chapter of the nonprofit organization have seen enrollments increase and hope to continue efforts to serve the community.

After a fire in 2015, the YMCA of Southeastern North Carolina started a campaign to raise $9.8 million for the construction of its new facility at 2710 Market St.

As of today, it has raised $8.4 million, which includes insurance and donations from the community, said Dick Jones, president and CEO of the YMCA of Southeastern NC.

“We were pleasantly surprised that folks who actually have not participated in the campaign yet have been inside the building and said, ‘I'd like to participate. How do I get involved and where can I send to pledge commitment too?’” Jones said.

The YMCA will continue its campaign efforts so that the facility can be debt free in the next couple of months, said Sara Gibbs, financial development and marketing director for the local YMCA.

A ribbon cutting event was held Dec. 30, and the facility officially opened Dec. 31, in time for New Year’s resolutions.

“I want to say we had about a thousand people, more than a thousand people come out,” Gibbs said. “We had a steady flow all day long with people coming in to see the new facility including old members and new community members that were interested in the new Y. It was a really great turnout and membership has just been booming ever since.”

During the ribbon-cutting, 300 families enrolled at the YMCA and as of Friday, 460 families have newly enrolled to a total of 8,500 enrollments.

The Express Y location at 11 S. Kerr Ave. will no longer be open as operations and exercise machines have moved to the new location.

With the new location completed, officials have seen membership continue to grow at the Midtown YMCA location so they are looking at what the needs are there, Jones said.

While plans are in the works to expand the Midtown YMCA location with a potential aquatics building and a wellness center, it is too early to determine what that expansion will include, Gibbs said.

There are also plans to develop a YMCA that will serve Columbus County, he said.

Officials are working with a committee that is giving them guidance for future Columbus County programs.

In addition to a new facility and increased membership enrollments, the nonprofit has seen participation in many of its programs grow, including childcare and classes on diabetes prevention, Gibbs said.

With more people visiting the new facility, Jones and Gibbs noted that feedback has been different but favorable from everyone.

“For people who have been a member of the Y for a long time; they get lost. They can't believe the changes that have taken place in the building,” Jones said. “For folks who are brand new to the Y, they love the bright, airy feeling, the bright colors, the open spaces. It's all been very positive.”