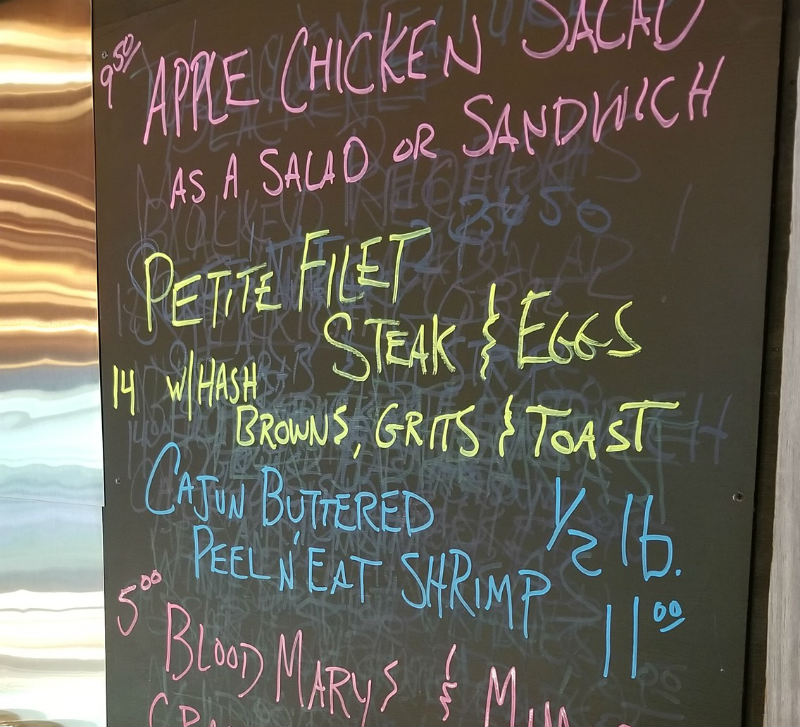 “This is a spot I’ve had my eyes on for 28 years,” Graham said. “It’s one of the most unique, iconic restaurant spaces in town.”

For 40 years, the space was home to Salt Works II, which closed in 2015, and most recently housed The Roadhouse.

Graham said Roadhouse owner Brian Mayberry and his business partner did a beautiful job of renovating the building, adding that he has added several of his own touches, including a new bar, a bar rail on the porch, 12 new beer taps and additional TVs.

Graham said he thought about naming the bar and grill after a founding father, but after conducting more research, was really taken by the role that women played in the American Revolution and was reminded of the many strong females in his own life.

Molly Pitcher is a nickname given to a woman said to have brought water to the soldiers on the battlefield during the Battle of Monmouth in June 1778. It is believed that her real name was Mary Ludwig Hays, and that she fought in the battle after taking over for her husband when he was no longer able to fight.

Shortly after learning more about the roles females played in the Revolutionary War, Graham said he came across the sale of a collection of photos of women taken during the war and felt it was a sign.

As for the food, Graham said Molly Pitcher’s is a neighborhood bar and grill featuring a melting pot of American classics. Guests will find comforting dishes of meatloaf and fried chicken, burgers, sandwiches, and plenty of fresh seafood.

Molly Pitcher’s also serves brunch on the weekends, putting a twist on classic dishes such as crab benedict, chicken and waffles, biscuits and gravy and a fried chicken biscuit with homemade pickles.

“We make all our own pickles and lots of chow chow and pickled veggies,” Graham said, “as well as our own sauces.”

Graham said plans for Molly Pitcher’s were in the works prior to the COVID-19 pandemic, with the lease of the building having been signed March 1.

He said that once the restrictions on restaurants went into place, he took the opportunity to really develop the new concept and menu. Now, opening at 50% capacity has allowed the staff to ease into the market at a manageable pace while complying with the current safety regulations.

“The space allows for lots of different seating options, all at a safe distance,” Graham said. “And of course we’re using masks and gloves, as well as single-use menus. We’re diligently sanitizing and following all the normal protocols set by the health department.”