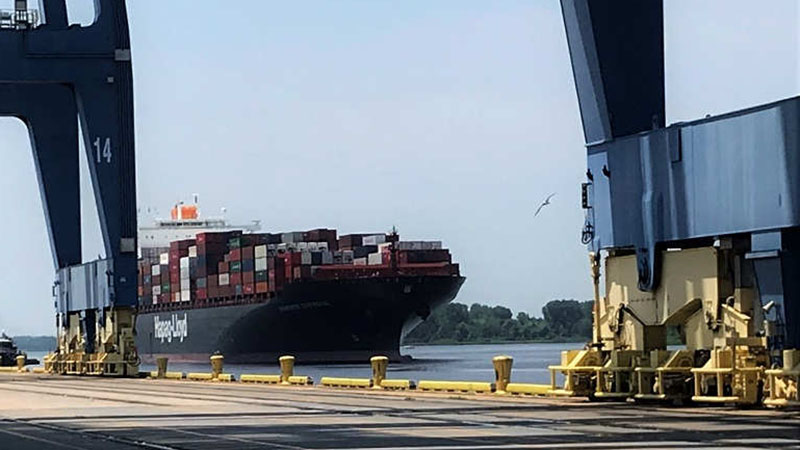 Port officials attributed the Port of Wilmington's efficiency in moving trucks and cargo through the port, to its overall increase in container moves, the movement of containers through a port, in 2018.

“The increase in container moves at the Port of Wilmington is a testament to the commitment North Carolina Ports has made in improving its infrastructure to meet and exceed customer demand,” N.C. Ports Executive Director Paul Cozza said in the release. “We are proud that we could maintain this annual growth especially after the impact of Hurricane Florence.”

“The fact that NC Ports was still able to record significant growth following a devastating storm says a lot about the port’s resilience. We were able to resume operations and begin the necessary cleanup and repairs because of the hard work of our employees and partners at the local, state and federal levels,” Cozza said in the release.

N.C. Ports' capital improvements in Wilmington includes its turning basin expansion, berth improvements and the addition of new neo-Panamax cranes to the port. Two of the cranes arrived in March 2018. A third neo-Panamax crane is currently on its way to the Port of Wilmington, with its arrival anticipated in this spring, according to the release.

In early 2018, the ports started its container yard expansion project, which port officials said is an overhaul of the container terminal that will double its annual throughput capacity to nearly 1.2 million TEUs and triple refrigerated container capacity to 1,000 plugs.

This year, N.C. Ports is seeking another expansion of its turning basin. That's pending approval with Army Corps of Engineers. Officials have also submitted a permit application to N.C. Department of Environmental Quality to develop nearly 30 acres of port property for an expansion, with plans that include paved storage areas and a 72,000-square-foot multi-use warehouse, according to permit documents.

The installation of the larger neo-Panamax cranes last spring allows the Port of Wilmington to service larger vessels, which in turn contributes to the more containers through the port, Cozza said in the release, adding that N.C. Ports welcomed the largest vessels served by the port last year.

“We expect North Carolina Ports to continue to see this type of record growth as we advance our aggressive $200 million expansion plan," Cozza in the release.