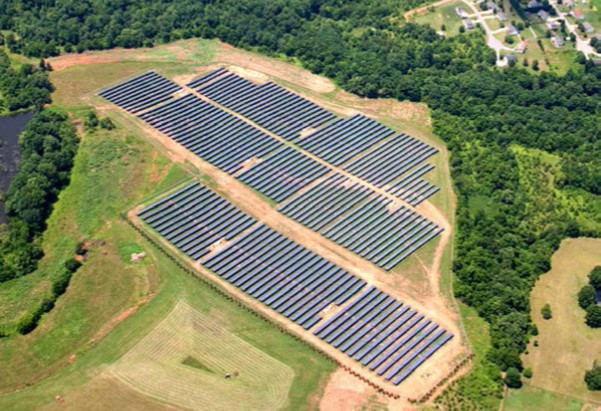 The Brunswick County Board of Adjustment is scheduled to review the three new special use permit applications, which have been submitted over the past few months for solar farms in Rural Residential Districts, at its Aug. 10 meeting, county officials said this week.

If the three applications applied for over the past few months are approved, that would bring the total to about 40 acres of land being sought for solar farm development in the county.

Six solar farm facilities have been approved by the county. One has already been constructed at Brunswick Electric Membership Corporation (BEMC) in Bolivia off U.S. 17 and another was approved for conditional zoning in 2016. Four others approved in 2015 are on the table and are currently pursuing construction, according to Mike Hargett, director of economic development and planning for Brunswick County. (See map below.)

The four separate permits approved in 2015 were submitted by United Renewable Energy to develop sites at 1350 and 1660 George II Highway SE in Bolivia, 2166 Green Hill Road NE in Leland and 2485 Russtown Road NW in Ash. Each site is about 4 or 5 acres.

In a news release from late June, California-based solar farm developer Cypress Creek Renewables announced it was collaborating with United Renewable Energy to co-develop a series of 12 solar-plus-storage projects in Brunswick County. The effort is also a collaboration with BEMC, officials with the utility said Thursday.

According to the release, the 12 projects have a combined storage capacity of 12-megawatt hours, making it one of the largest solar-plus-storage portfolios in the country. Officials with Cypress Creek Renewables said Thursday that the projects would sit on two sites located on adjacent parcels of land.

“Energy storage is a key component for solar. We see energy storage as inevitable. It makes solar 24/7 and permits us to be better partners to everyone in the energy food chain,” Cypress Creek Chairman Ben Van de Bunt said in the release. “Energy storage allows Cypress Creek Renewables to provide ancillary services to utilities to help them with reliability concerns and to allow them to defer investment in certain types of grid updates.”

According to the release, officials say the projects are scheduled to be online by October. 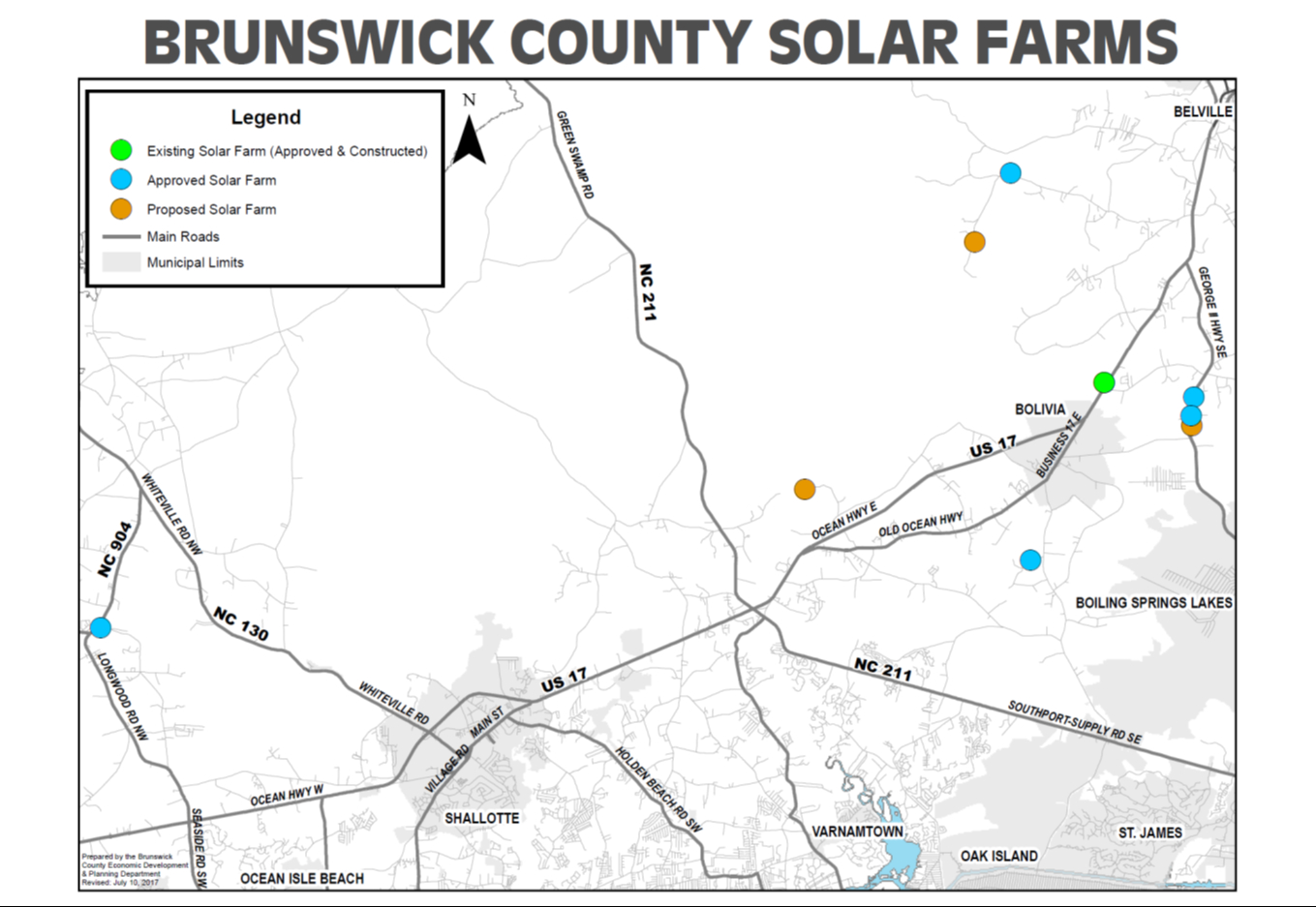 “Brunswick Electric is glad to collaborate with contractors like Cypress Creek Renewables and their solar-plus-storage projects in Brunswick County. The future of solar is certainly here,” Don Hughes, general manager and CEO of Brunswick Electric Membership Corporation, said Thursday.

Since 2013, BEMC has received 18 applications -- five in Brunswick County and 13 in Columbus County -- from interested contractors to build solar farms. But so far, none has started production, BEMC spokeswoman Heather Holbrook said.

BEMC’s involvement in solar is member-focused and, in part, the cooperative’s response to the increasing interest of members in renewable energy sources, Holbrook said.

In addition to the solar farm off U.S. 17 in Brunswick County, BEMC has an additional farm in Columbus County, totaling 738 panels. The solar farms are another option for member participation called Community Solar, which offers the option for co-op members to purchase the output of one or more panels on the solar farms for a small credit on the member's monthly electric bill. BEMC also has 125 members whose homes or businesses have rooftop solar arrays.

"Brunswick County is pleased to be recognized as a community that is supportive of clean, renewable energy sources that contribute to the nation’s energy self-sufficiency," Hargett said of the Cypress Creek Renewable Project. "This project is also an example of ongoing collaborative efforts with our economic development partners such as Brunswick Electric to promote economic opportunities for citizens and businesses in Brunswick County."

The solar farms are all created through private development and provide growth for Brunswick County’s economy, Hargett said, including income for property owners and a property tax increase for the county.

According to a presentation given to Brunswick County Commissioners at their July 10 meeting, some of the other positive impacts include a clean renewable source of energy with minimal services required from the county.

However, there were also some concerns raised by solar farming during the commissioner's meeting, including land use capability and community appearance, impact on adjoining property values and future maintenance and decommissioning of the solar farms.

Members of the planning department are currently researching those concerns and will submit their findings to the county manager at a later date.