Former Chamber CEO, Who Helped Bring I-40 To Wilmington, Dies At 93 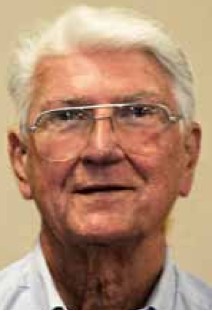 Augustine was part of a pivotal moment for the Port City, helping to bring to Wilmington the extension of Interstate 40, which opened in 1990.

Augustine had moved to Wilmington from Chapel Hill in 1974, according to a StarNews article from 2017, first becoming vice president of what at the time was called the Greater Wilmington Chamber of Commerce. He then served as CEO until 1994.

In an October 1984 New York Times story, Augustine talked about the importance of extending I-40 to the Port City.

''Ninety percent of new industrial development in this state has for the past several years taken place around interstate highways,'' Augustine said in the article.

Connie Majure-Rhett, who became the Wilmington chamber’s president and CEO in 1994 when Augustine retired, said of I-40, “It opened up Wilmington to the world. It changed Wilmington, not overnight, but it certainly changed it for the long-term.”

Augustine was also very active in the Wilmington Rotary Club.

In a Wilmington Rotary Club discussion about Augustine's death, Majure-Rhett said, “Besides giving me the key to the door, Joe gave me an opportunity to explore the question and do the work for Wilmington. He was loved by so many.”

Other members also shared their thoughts on Augustine.

Another member, Joe Owen, said, "I loved Joe and considered him a positive role model. He lived a great life."

Augustine was born on Oct. 23, 1927, in Allentown, Pennsylvania. During his college years, he played football for the University of North Carolina at Chapel Hill, where he met his wife, Carolyn, according to a Cape Fear Garden Club article on Carolyn Augustine.

Joe Augustine talked about his time in the military in a Wilmington Rotary Club tribute to veterans.

"My education at UNC Chapel Hill was interrupted when I enlisted in the United States Army. I was sent to Medical and Surgical Tech School at Fort Sam Houston," Joe Augustine wrote. "Upon completion of the requirements, I became a member of the Medical Corps. I was sent to the 98th General Hospital in Munich, Germany, and was in the WWII Army Occupation."

"I was the pilot on many NC missions where we searched for missing civilian and military aircraft," he wrote.

Joe Augustine went on to start the Chapel Hill-Carrboro Chamber of Commerce.

In the Port City, worked as a business broker after his stint as chamber CEO.

In addition to his wife, to whom he was married for more than 70 years, Joe Augustine is survived by his son, Joseph Augustine III. He is under the care of Coble Funeral and Cremation Service at Greenlawn Memorial Park.