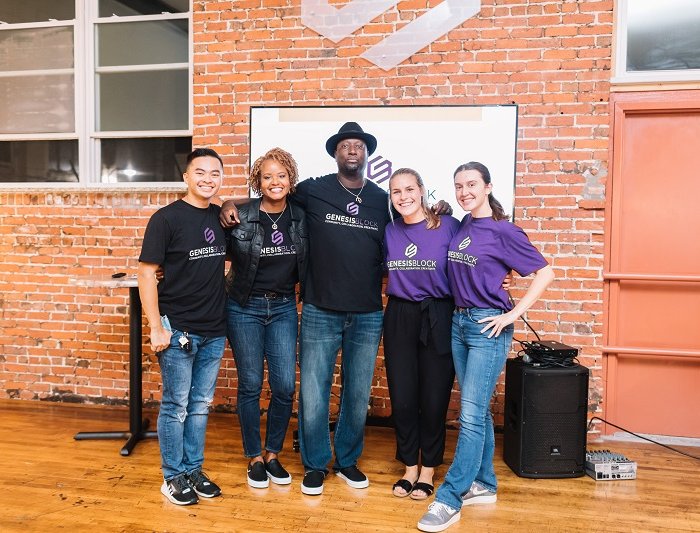 Commissioners gave the green light to give the accelerator $25,000 in funds for economic development purposes from the county’s general fund balance this fiscal year.

“I’m generally supportive of this project. To me, anything we can do to advance minority and women owned businesses in our community is a definite plus … to me it’s important that we find ways to give a leg up to others like this organization and others that do something similar or the same,” Commissioner Jonathan Barfield said at Tuesday's meeting.

“I would love for us to see ways to invest in those as well; spend dollars to GE, Castle Branch to Live Oak Bank and to many others through our incentive programs," he added. "And to me what better way to incentivize others than to really reach out to the minority community and help."

The program now has a total of about $75,000 in funding between the county and a state grant to support businesses in the program.

A $50,000 award was an NC BEC ECOSYSTEM grant, which was created through a partnership between NC IDEA and the N.C. Black Entrepreneurship Council. Genesis Block has partnered with NC IDEA on the minority business accelerator program.

More than 67 applications were submitted for the program, said Girard Newkirk, who co-founded Genesis Block with his wife, Tracey.

The first Genesis Block Back on the Block Minority Accelerator, aimed at advancing Black entrepreneurship in the region, will begin Jan. 28. The company is slated to announce the first round of business to participate in the program this week.

The state and county funds will be used to provide technical assistance, educational resources, training, networking opportunities and access to capital that companies can use to strengthen their venture, Girard Newkirk previously said.

The minority business accelerator is tied to Genesis Block’s Cape Fear Build A Block Plan, which is a three-year plan to produce 40 companies through the accelerator each year creating 120 minority and women-owned businesses, and generating 400 jobs and $13 to $15 million in revenue from the businesses created, Newkirk told commissioners at the meeting Tuesday.

Gensis Block, located at 20 Wrights Alley in Wilmington, opened its doors in November. It's a business development services company, which includes the minority business accelerator, a co-working space, an entrepreneur academy, and is also developing a mobile application and website to promote minority businesses.

“The Chamber's vision is to promote prosperity for our community by encouraging business growth," Natalie English, president and CEO of the Wilmington Chamber of Commerce, told commissioners Tuesday during the meeting.

"Tracey and I embarked upon realizing a portion of that vision, three years ago this month, and it's so exciting to see the creation of the programs that Genesis Block has in place and the ability to, not just lend a hand, but truly invest in minority and women-owned businesses in a way that will grow our economy," she added. "The Wilmington chamber fully supports this opportunity to invest in that work."