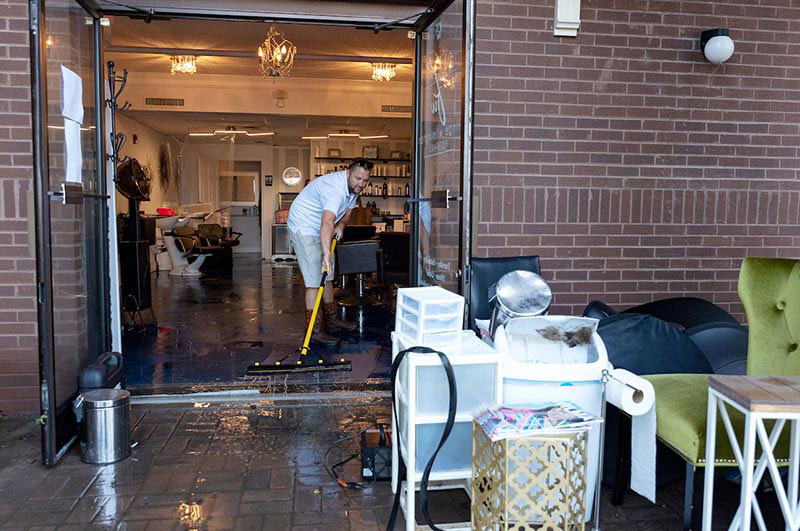 Andrew Karch uses a squeegee to remove water from inside Fringe Wilmington hair salon Tuesday morning in downtown Wilmington. (Photo by Michael Cline Spencer)
Chad Bean has worked on Water Street in downtown Wilmington for more than a decade, but he said he's never seen flooding get as bad there as it did Monday night, when Hurricane Isaias started battering the area.

"We're just cleaning up a big sloppy mess," Bean said, describing the flood damage as worse than the aftermath of Hurricane Florence in September 2018.

"There's just a lot more cleanup than we've ever had to deal with," Bean added, anticipating working through the night Tuesday. "I'm hoping we can be up and running tomorrow."

Bean didn't blame all of the Water Street flooding on the hurricane, however, saying in his opinion, construction around Water Street could be partially to blame.

Thousands of Duke Energy customers lost power during the storm, which reportedly caused tornadoes and major damage in southern Brunswick County, including on Oak Island's oceanfront and the city of Southport's waterfront.

Southport Mayor Joe Pat Hatem said Southport Marina (below) was heavily damaged. And before the hurricane hit, a tornado or something like it ripped through the historic city. 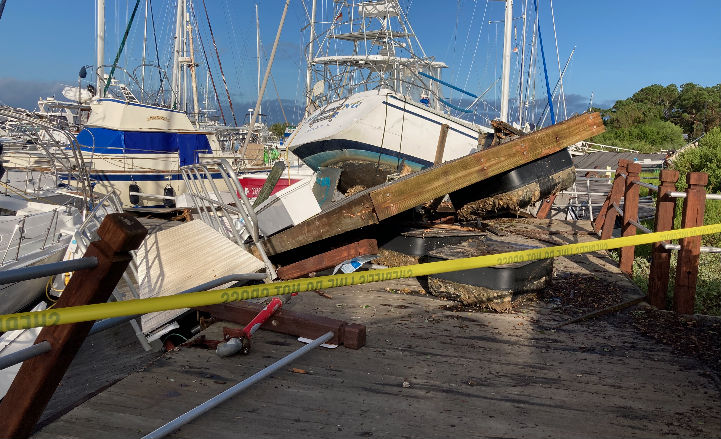 "We heard it. The sound is overwhelmingly frightening," the mayor said.

On Southport's Moore Street, a building that houses attorney offices experienced damage, with a large number of bricks (below) piling up along the roadway.

"It looks like someone took a sledgehammer to the top of the building there and was just knocking bricks off. It covered the sidewalk," Hatem said. 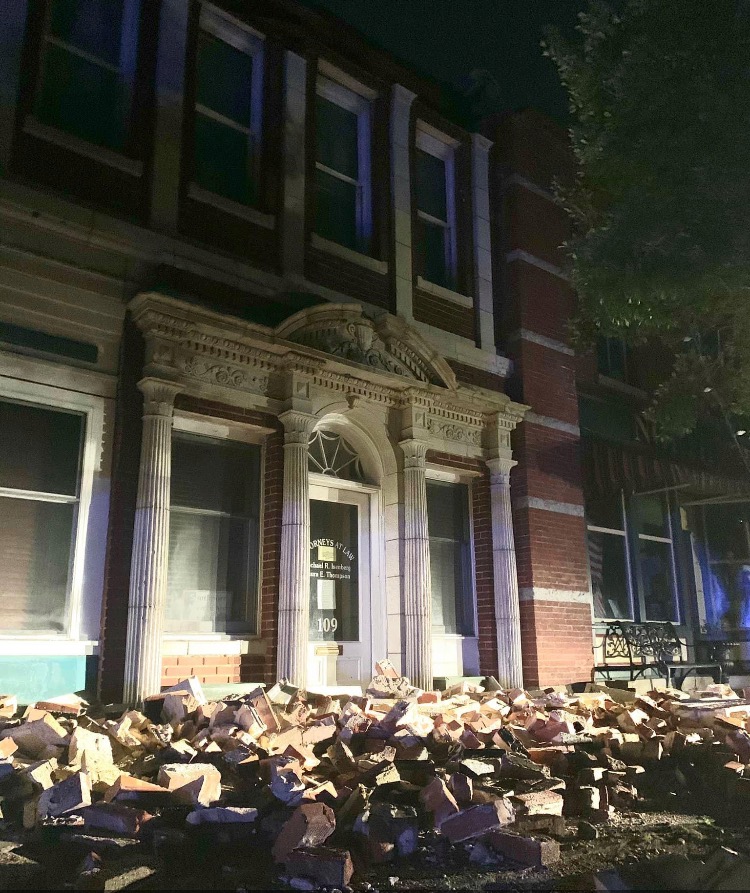 In New Hanover County, recovery efforts were underway Tuesday morning, and officials were working to put in place a plan for debris pickup.

"New Hanover County has assessed damage around New Hanover County, and the county plans to collect vegetative debris for residents in the unincorporated area of the county, based on the amount of debris that fell as a result of the storm," county officials said in a news release. "The county is working with its debris contractor to determine a schedule, but debris collection will likely begin next week."

More information on county vegetative debris cleanup is available on the county's website.

On Tuesday afternoon, Wilmington Mayor Bill Saffo said city officials were debating whether or not city personnel would clean up roads and debris or they would hire a contractor for debris removal.

“I believe the city will probably move forward with a contractor to remove the debris because I think it's going to be a lot more debris out there than we had anticipated," Saffo said. "Obviously this was a significant wind event for the community, as opposed to what we saw with [Hurricane] Florence, which was a water event."

Teams on Tuesday were assessing potential damage to buildings and infrastructure, Saffo said.

For the most part, the impact of the storm on downtown Wilmington was minimal, officials said.

"Regardless, there are some issues to be cleaned up and addressed and our organization as well as the MSD [Municipal Service District] Ambassadors are hard at work making sure that we get back to normal as quickly as possible," Wilmington Downtown Inc. Chairman Dane Scalise said in an email Tuesday afternoon. "I also want to thank all the Downtowners who took the proper precautions in advance of the storm. Their actions no doubt made a big difference."