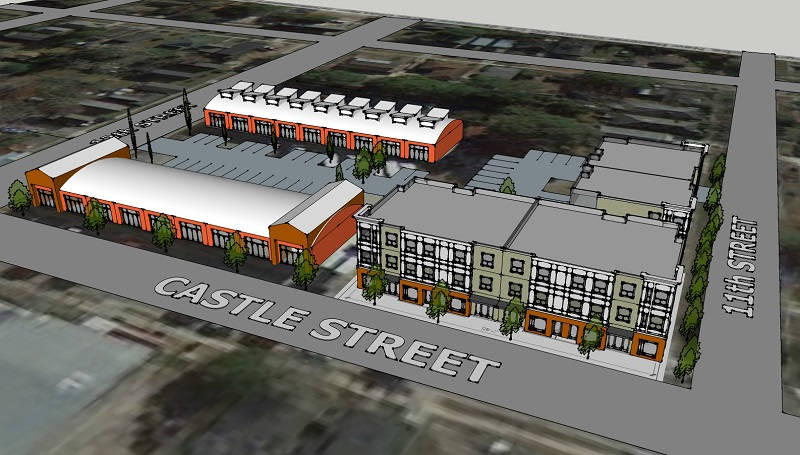 The request is part of a resolution that will be considered by Wilmington City Council on Tuesday, according to the council's agenda.

"To date, the Developer, Clark Hipp, has met milestones and continues to work on objectives outlined in his proposal. The objectives to date that have not been met are contingent on the results of some additional site evaluation," city documents state.

Last year, the city issued a request for proposals for the redevelopment of the property at 1110 Castle St., which was previously used as a bus maintenance facility for Wave Transit. During the RFP period, the city only received one proposal, from Hipp Architecture and Development PC.

The proposal involves a mixed-use project that includes affordable housing and would bring together private investors and community development partners, including Hipp as the lead developer, Cape Fear Community Land Trust and Cape Fear Habitat for Humanity.

At an August meeting, Wilmington City Council granted 120 days for a predevelopment exploration period. Hipp also presented goals and benchmarks for the proposed project during that meeting.

The additional 60 days is to evaluate options to maximize the residential capacity of the project, city documents state.

The development team has done a lot of work over the 120 days to address its project benchmarks, Hipp said Friday.

The revised development proposal increases the number of residential units and decreases some of the commercial space, which was requested by city staff in earlier reviews of development plans, he said.

"We're now up to 35 residential units; 14 to 16, roughly half, ... will be in the affordable market through an agreement with Cape Fear Habitat for Humanity, and the remainder will be leased or sold at market rate,” Hipp said.

“That tenant would go in the renovated building on Castle Street to be a single tenant taking up the majority of that building,” Hipp said, adding that could hit his goal of having 50% of the commercial space potentially under a letter of intent.

“It’s important to me that the commercial be a community service or community-minded organization, not another brewery or bar,” he said. “The fact that they [the potential tenant] provide services to the community is very important to me for the overall project."

The development team, however, is still grappling with the extent of the environmental issues of the property and is working toward obtaining a brownfield agreement, he said.

Environmental concerns are one of several issues related to the requested extension, he said.

"The environmental work that was done in 2014 and 2016 assumed that the back building would be for commercial use. To increase the number of residential units, we are now looking to create nine residences in this building. Due to this change in use, NCDEQ is requiring additional evaluation under this building before the submittal of a brownfield agreement application," Hipp said.