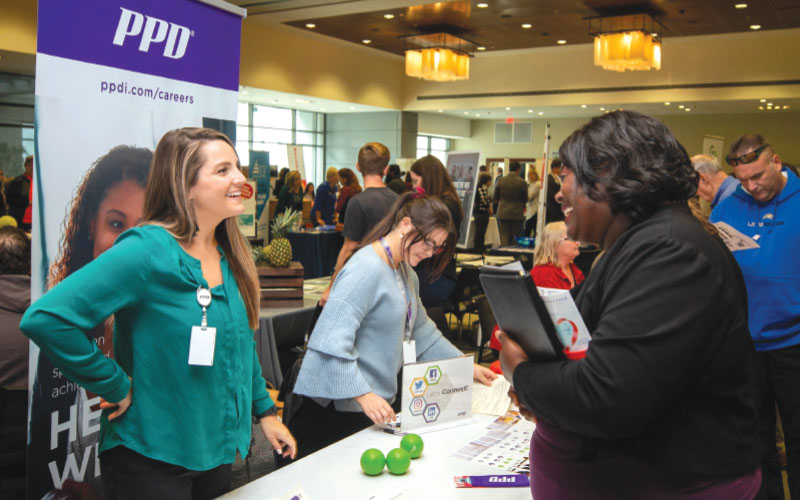 That’s literally the message coming from some local retailers and other area companies who say they’re in need of help but can’t find any.

“Any time I’ve looked for help in the past year, I’ve really struggled finding potential hires …,” said Kendall Hurt, owner of Meadowlark women’s clothing and accessories at The Forum. “Overall, I don’t get a lot of [applicant] responses. Of those I do get, many are not a match for the job.”

And she’s not alone, she says. “In my conversations with other local retailers, they express that they struggle with finding employees too.”

Nationally, federal government employment and unemployment statistics give a glimpse of the disparity. According to the U.S. Department of Labor, the number of unemployed people in October in the U.S. stood at 5.9 million while the number of job openings reported the previous month, the most recent data available, was 7 million.

But is a recent labor shortage in the Cape Fear region real or perceived?

“I’m going to hedge on saying the shortage is real,” said Adam Jones, associate professor and regional economist at University of North Carolina Wilmington’s Swain Center. “The labor market is definitely tight at the moment with unemployment rates near an all-time low, but workers are available. Where the strain comes from is the mismatch of workers and job opportunities.” 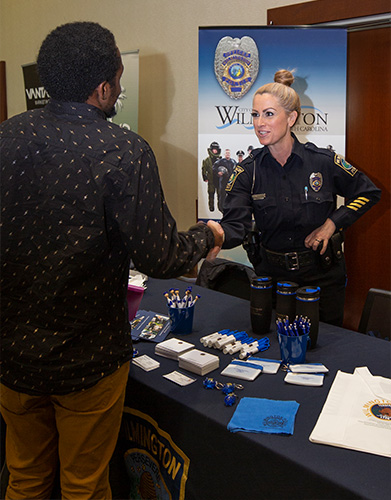 For those who do apply, only a small percentage will come with the skills necessary for the job.

“For example,” said Jones, “[New Hanover Regional Medical Center] has many open positions, but those jobs often require specialized skills and training. You don’t just show up and start working as a nurse.”

If only there were more specialized, high-skilled workers to go around – right?

That’s because area businesses hurting most for labor tend to be those with only middle- and low-skilled jobs. These include mostly service jobs in retail, restaurant, hotel and hospitality, of which Wilmington is a mecca.

“With an economy as strong as the current one, it’s hard to find folks for these jobs,” Jones said, “because those capable of working them are being pulled up into higher level jobs.”


So, where did all the workers for the region’s middle- and low-skilled jobs go?

Ed Wolverton, president and CEO of the nonprofit Wilmington Downtown Incorporated (WDI), suspects Mother Nature might have something to do with it.

“I think there’s an element to this that goes back to Hurricane Florence in that a number of people who worked these jobs evacuated the area and were gone for weeks or months, or simply didn’t come back,” he said.

Wolverton said the exodus of this workforce demographic almost 14 months ago could be partly responsible for the current labor shortage, one his own shop isn’t immune to.

“We’ve had some difficulties finding people for our downtown ambassador program,” he said.

Middle- and low-skilled jobs are still being filled, however, said Wolverton, even by workers who may be overqualified, if only to help supplement their or their spouse’s/ partner’s main income. This is often the case with the “trailing spouse syndrome,” or when the relocation of one’s spouse for professional advancement leaves the other spouse having to find employment outside, and often below, his/her usual expertise and pay.

A lifebuoy for the local labor shortage may be the recent increase in film production, said Wolverton, and the return of workers who exited the region years ago following tax credit eliminations and the HB2 controversy.


One place that seems to show no sign of slowing down when it comes to the growth of programs amid the local labor shortage is Cape Fear Community College.

“Not only are businesses and industries growing, but baby boomers are retiring and positions need filling,” he said. “Second, we’re quickly and successfully able to supply workers for the nation’s increasing skills gap.”

Because of their highly specialized training programs across a wide spectrum of skills, community colleges and other two-year post-secondary educational institutions have in some cases become the go-tos for employee hiring.

“Many people graduate from here on a Friday and start work Monday,” Council said.

In addition, CFCC hosts numerous career and job fairs, including one Nov. 8 that was open to all job seekers but aimed at veterans.

“Hiring ‘well’ may be the most important fundamental business skill there is,” said Meyers, Queensboro’s president and founder, “and I can’t believe it’s easy no matter where you go, regardless of the economic conditions.”

As for the kind of workers Meyers and his 150 employee-company look for?

“We hire at all skill and education levels, but no one is trained for the specifics of what we do,” he said. “So other than tech jobs, which are probably the hardest to hire for in Wilmington, there is never much for us in the way of qualified or trained hirees.”

Regardless of worker shortage or surplus, Meyers follows one constant in hiring: “Find people who like to make connections and have good energy.”

In the short term, a tight labor market during the holiday season is going to mean a fight for workers and more opportunities for overtime, Jones said.

“In the longer term, the tight labor market will lead to increased use of technology,” Jones said. “And we should see productivity increase, which, in the past, has ultimately meant wage increases.”