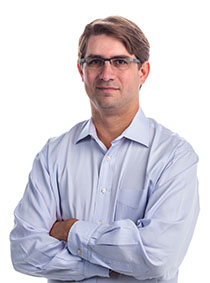 “His confidence was the one thing that always I admired,” said Stephen Bon, president and founder of Bon’s Eye Marketing. “Andrew was an exceptionally passionate, authentic guy that wanted to make a positive change in the world around him. His energy was blinding at times. His business vision, devotion to friends, and willingness to guide others using his own personal experiences, helped so many people -- including myself.”

Gray was from Windsor, Connecticut, and he founded two real estate data management startups, Liststream and Commerciality Inc., in the late 1990s.

In 2009, Gray partnered with longtime business associate and friend Nathan Tayloe to start Tayloe/Gray in Wilmington.

“A skilled programmer, technologist and serial entrepreneur, Andrew Gray has been building web applications and dynamic websites for two decades,” stated a biography website on Gray.

Bon said Gray was the type of person who could be relied on.

“If we ever had a project in those early days that I felt was probably a little bit outside of our wheelhouse, Andrew was one of the first guys I'd call just because I knew I'd get an honest answer from him,” Bon said. “There was a level of authenticity in that which meant something to people because it was just hard to find someone who was so real.”

Gray, who died after a battle with cancer, is survived by his wife, Stewart Poisson, an attorney at Poisson Poisson & Bower, and his two children.

He was diagnosed with a brain tumor in March 2018.

Tayloe/Gray, with an office at 221 N. Second St., had 18 employees as of March and was a MADE competition winner in the Supporter Category this year.

“Tayloe/Gray has grown from a small staff above a cupcake shop to 18 full-time employees in a 12,000-square-foot building downtown,” the company’s MADE submission stated.

During his time at Tayloe/Gray, Gray focused his energy and ideas on content management systems, email deliverability and software development, according to the firm’s website.

For years, Gray was a freelance writer for the Greater Wilmington Business Journal, filing a monthly industry column about the local tech scene.

"Andrew brought boundless enthusiasm to everything he touched, including his technology column for the Business Journal, his involvement with numerous local non-profits and his marketing agency," said Rob Kaiser, publisher of the Business Journal. "He became a creative force in the Wilmington business community, and his passion for technology, local initiatives and his clients will be greatly missed."

Beyond his business and technology career, Gray was an active board member of WHQR public radio and often held seminars and classes on social media, blogging and e-commerce strategies at Cape Fear Community College.

"Particularly if it was audiences that were younger that wanted to break into the industry, not only did he offer up real advice, it wasn't sugar-coated, it was honest feedback," Bon said about Gray's participation in panels. "He would often stay afterward and talk with those folks as well."

A celebration of life for Gray will be in the coming weeks, Stewart Poisson wrote on a health journey website.

While Gray was passionate about his career, he knew how to enjoy himself outside of work, Bon said.

“That's the other thing that I would emphasize is he didn't take himself so seriously that he couldn't be human . . . It wasn't always business," Bon said. "There was a side of Andrew that was well beyond Tayloe/Gray and quite frankly, it was richer and deeper.”