Roof Products Firm Back On Top 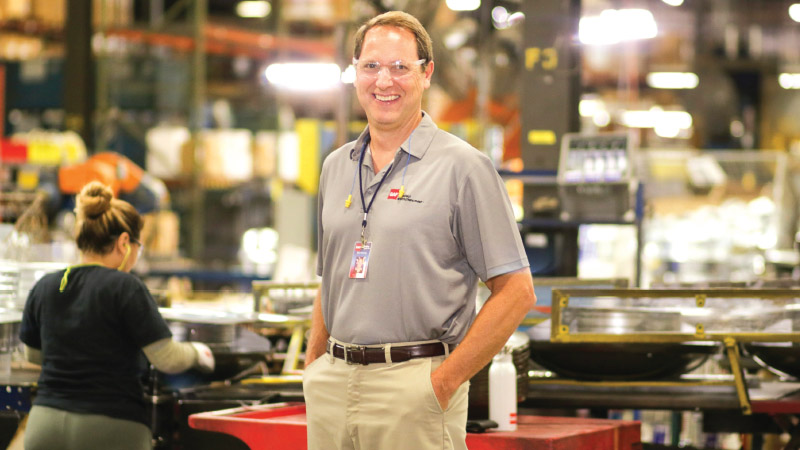 Steve Boehling, plant manager at GAF Burgaw, stands inside the company’s manufacturing facility, which was up and running just weeks after Hurricane Florence flooded the plant last year. (Photo by Terah Wilson)
A manufacturer’s operation in Burgaw wasn’t in a 500-year floodplain. But during Hurricane Florence last year, between 8 to 10 inches of water flooded the GAF Burgaw facility, causing damage to the building, finished goods and equipment.

“It doesn’t sound like a lot of water, but it doesn’t take much water to create a lot of damage and a lot of work,” said Steve Boehling, GAF Burgaw plant manager.

Crews worked on the damage in the days after the storm, and product was shipped in about a week. GAF Burgaw makes roofing ventilation products and has an HVAC product line that outfits residential heat pump or air handling systems, he said.

In two weeks, operations were up and running again. The physical operation, however, wasn’t the only part of the company’s post-storm concerns.

New Jersey-based GAF has more than 200 employees who work at the Burgaw operation. About 50% of that workforce was in some degree of recovery after the storm, and at least 20 of those employees suffered extensive damage to their homes, Boehling said.

GAF helped employees in several ways including offering grants, relief items, free roofing shingles and pay while operations were down. It also helped hurricane victims and the surrounding Burgaw community.

It was important to get employees back to work for a number of reasons, Boehling said.

“That was very critical to us. Beyond wanting to meet the demands of customers, we also wanted to do something with a positive impact on employees, and the faster we could get things up and running safely, the better off they would all be,” Boehling said.

The Burgaw facility opened in 1993. GAF acquired the Burgaw operation from an Atlanta-based company in 1998.

Boehling, a native of Wilmington who began working at the plant in 2000, said lessons have been learned and measures have been taken through the monthslong recovery process to mitigate damages at its 400,000-square-foot facility, he said.

Boehling also noted the resiliency of its workforce.

“It has been incredible to see our colleagues band together in response to Hurricane Florence,” said Boehling, “reaching out to help each other and throughout our local community.” 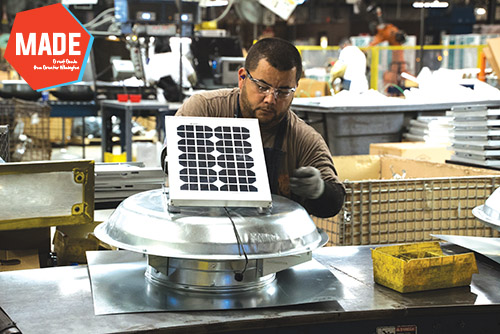