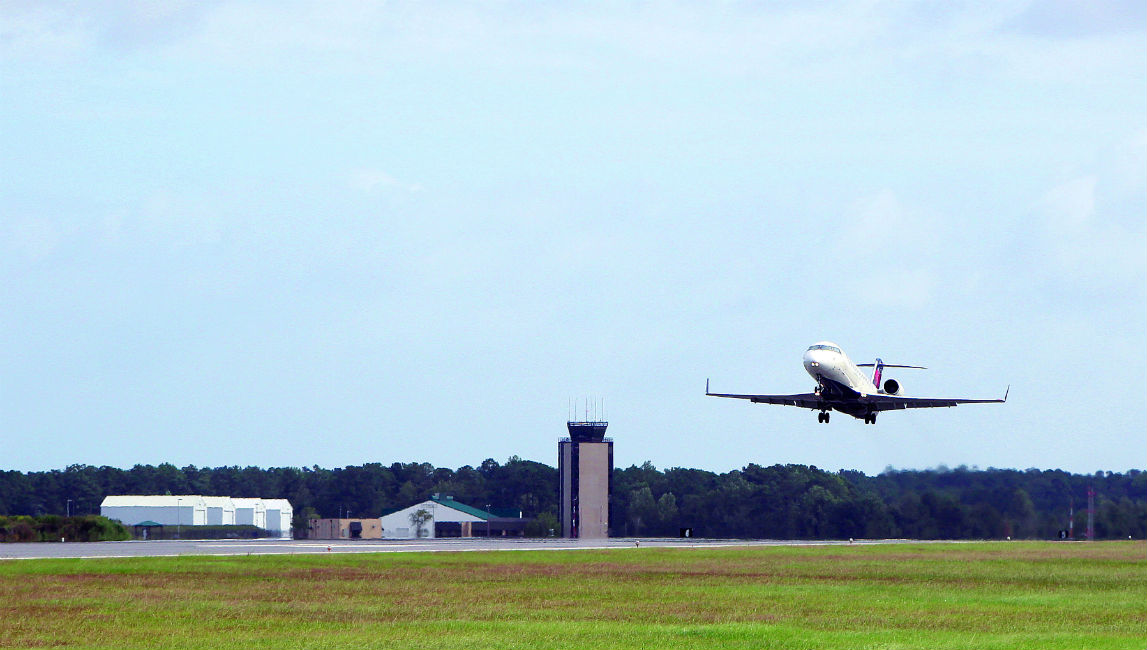 American Airlines expanded its service at ILM last year, adding to a record level of passenger traffic for the airport. (File photo)
Record passenger totals at the Wilmington International Airport for 2018 came in stronger than expected, according to an announcement Wednesday morning.

Airport offiicals, who have been projecting that ILM would exceed the 900,000 mark, reported that just over 934,000 passengers flew in and out of the airport last year. That is up 12 percent over the previous record of nearly 836,600 passengers served in 2017, officials said.

The new records come just days after a state report showed ILM has an overall economic impact of $1.8 billion.

“2018 has been a year of unprecedented growth,” Airport Director Julie Wilsey said in a news release. “We acknowledge the investment our airline partners have made at ILM.”

The bump in passenger traffic came largely in part from additional routes added to the airport's lineup, including a third carrier.

American Airlines also expanded its service at ILM with nonstop flights to O'Hare during the summer and a year-round daily nonstop flight to Reagan National Airport.

In the latest addition to the airport, American started a daily nonstop flight service to Dallas-Fort Worth International Airport just before the Christmas holiday.

Airport officials previously said that passenger boardings were up 12 percent between Dec. 22 and Jan. 2 from that same holiday period in 2017.

“With our terminal expansion underway, and the continued support from our growing community, we look forward to our next milestone of 1 million passengers,” Wilsey said in the release.

The airport moves into 2019 with its three carriers – United, American and Delta Air Lines – and a total of 8 eight nonstop destinations.