End Of The Line For Vertex Railcar 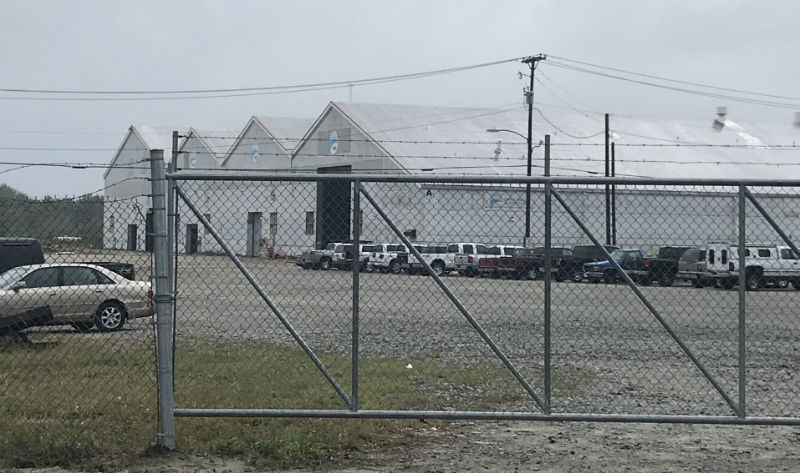 Vertex Railcar Corp. at 202 Raleigh St. in Wilmington is expected to close by the end of the year. (Photo by Cece Nunn)
The major Chinese investors in Vertex Railcar Corp. intend to shut the Wilmington rail car manufacturing company down by the end of the year, said John Merritt of Dram Tree Consulting, who has been working with the firm in recent months.

"All indications are the company will be out of here by the end of the year," he said.

Merritt described the company as an idea that didn't work out.

Vertex's troubles go back to its beginnings, with ongoing legal disputes and questions about why, as the years went by, the 1,342 jobs that were promised in 2014 when Vertex first set up shop in Wilmington did not materialize. That promise was made and repeated by then head of the company, Donald Croteau, in the months following the jobs announcement at the manufacturing facility at 202 Raleigh St.

Croteau did not return messages seeking a comment Friday. No company officials responded Friday to efforts seeking more information about the intended closure.

While some local officials hope rail car industry of some type can be salvaged on the site, others say that's not likely. A potential buyer this week walked away after company officials wouldn't show them Vertex's financial information.

That potential buyer involved the family of Jack Carlisle, a Wilmington resident who along with his family is involved in Wilmington-area real estate developments and owns an ethanol plant in Indiana.

Lisa Beaman, Carlisle's daughter, said the family had sent a consultant and two CPAs to a pre-arranged meeting at Vertex on Wednesday to determine whether they might be interested in buying out some of the Chinese investors in the company. But other company officials, not including Croteau, would not allow the group to see Vertex's books.

The family had been willing to invest as much as $30 million in buying out Majestic Legend Holdings, one of the Chinese entities that Vertex had entired into a partnership agreement with in 2015, if the venture looked viable, she said.

"Even though we were going to legitimately look at this deal to help save Vertex for Wilmington, they were not being transparent," Beaman said.

The family was familiar with Vertex after ordering 100 tank cars from the company in 2017 for their ethanol plant in a transaction valued at $11 million. But this year, they were told that order would not be filled because the price included in the contract was too low, Beaman said.

Wilmington Mayor Bill Saffo said Friday he has not received notification from the state that Vertex is closing, although he had heard that might be the case. Depending on how many employees Vertex currently has, the company might not be required to report a closing or layoffs.

Known as a WARN notice (after federal labor law The Worker Adjustment and Retraining Notification Act), a company has to complete a WARN filing that provides 60 days notice of certain types of closings and mass layoffs with the N.C. Department of Commerce if that company has 100 workers, excluding part-time workers, at a particular site, said Andrew Beal, spokesman for the department.

In 2016, the company reported a workforce of 221, but the sources say that number has dwindled dramatically.

In 2015, Vertex entered into a joint venture agreement with Chinese investors, including Majestic Legend Holdings and what would eventually become China Railway Rolling Stock Corp., the largest manufacturer of rail cars in the world. A copy of the 2015 agreement stated that CRRC would eventually own 50 percent of Vertex Railcar Corp.

Saffo said the closure will be disappointing because of the amount of investment made in the company and the hope that it was going to hire a lot of people.

"To lose a manufacturing employer of that potential -- it's sad," he said. "Hopefully with the investment they have made in there and the infrastructure they had built in this facility, I would hope that somebody could take that operation and make a go of it. It's a great manufacturing facility and a great location."