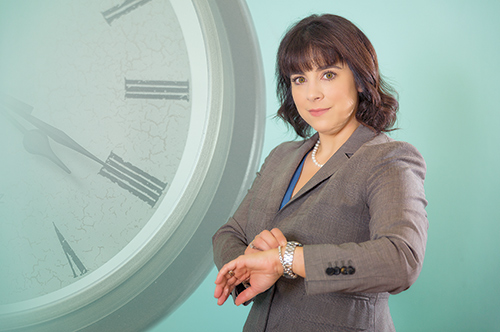 In a matter of weeks, a new federal rule that qualifies millions of additional workers for overtime will be finalized, setting the stage for potentially wrenching changes in the workplace.

Some North Carolina employers, both for-profits and nonprofits, have been quietly preparing for the changes for months; others express scant knowledge of the issue.

The new rule – expected to go into effect by this fall and set in motion more than two years ago when President Obama directed the U.S. Department of Labor to update a decade-old directive – will affect many workers’ hours, responsibilities and take-home pay while requiring business and nonprofit heads to scrutinize budgets and hiring.

At issue is the Fair Labor Standards Act (FLSA) “white-collar exemption” that currently allows employers to withhold overtime from salaried, full-time employees whose responsibilities “primarily” involve executive, administrative or professional duties, as defined by long-standing regulations, and who earn $455 or more per week.

Under the current version of the final rule on track to be released by July – some say sooner – such employees will qualify for overtime if they make as much as $970 per week, or $50,440 annually, in 2016.

In a hint of things to come, the Labor Department is also proposing to adjust the salary standard on an annual basis.

The rule will especially impact many managers in the fast-food, service and retail fields who routinely work 50-60 hours per week without the benefit of overtime, said Dalton Green, a partner practicing employment law at Hedrick, Gardner, Kincheloe & Garofalo’s office in Wilmington.

Under the latest version of the rule, the ceiling below which workers qualify for overtime “doubled in one fell swoop” so “I think it’s going to be highly significant,” she said.

As a result of the change, businesses will have to evaluate their staffing configurations, Green said, which could include limiting the number of managers a company has, enhancing responsibilities for those who now qualify for overtime or splitting one full-time job into part-time positions to skirt the new requirements altogether.

Already, some members of the N.C. Restaurant and Lodging Association are asking “How do I plan, how do I budget, how do I price my goods and services?” said Lynn Minges, the group’s president and CEO.

Reclassification of some workers from full-time to part-time at many of the more than 20,000 businesses she represents is likely, Minges said, with assistant general managers, night managers, executive housekeepers, chief engineers and sales directors at hotels just some of the positions at risk, she believes.

“At some point you only have so much money to operate a profitable business,” Ellen remarked, meaning that some of the more than 25,000 stores that his association represents will reclassify some employees downward and even increase the use of self-checkout technology, he thinks.

The changes could hurt college students who view entry-level positions as a foot in the door, Ellen said.

“It sort of closes down some career opportunities,” he said.

Ellen, in one of nearly 300,000 public comments filed with the Labor Department, and Green at Hedrick, Gardner in Wilmington, also see a growing number of companies eliminating remote working arrangements.

Because companies may have difficulty tracking the off-site logins, emails and phone calls of the increasing number of workers who qualify for overtime, many employers might just say “We’re done” and eliminate remote work altogether, Green said.

To cut through the complexities of the new overtime rule, she suggests that employers first classify their employees by salary and then take a close look at those who might be impacted as a result of their current duties and the average number of hours they work weekly.

From there, she said, decisions can be made on which employees qualify for overtime, which could shift to part-time positions, and which should gain new responsibilities.

To date, possibly because initial fanfare about the rule has subsided, few employers seem absorbed in reviewing their staffing and compensation models. Green has spoken “informally” with fewer than a dozen employers about the issue.

Becky O’Daniell, the former owner and president of Atlantic Quest Corp. who oversaw operations at Oceanic, Bluewater Waterfront Grill, Henry’s and Eddie Romanelli’s (the group was later sold to LM Restaurants), feels the impact on restaurants may prove less problematic than many think.

Larger establishments have more flexibility to change their management structures, she says, but restaurants as a whole will largely try to avoid reclassifying workers.

“Restaurant owners will not want to do that … they depend on their people,” O’Daniell said. To absorb the costs associated with paying more overtime, “They’re just going to pass it along to the consumer,” she added.

O’Daniell, who now consults with restaurants as a CPA and valuation specialist at CapVal-ABA’s Wilmington office, recommends that restaurant owners get their managers involved with financials on a frequent basis to give them a better real-time sense of the company’s budget and profit margins.

At area nonprofits, fewer options may be available to respond to growing overtime costs.

Only nonprofits engaged in commercial activities that generate $500,000 or more a year are covered, the Department of Labor says, and those that perform charitable, religious or educational activities “not in substantial competition with other businesses” are not affected.

Yet David Heinen, vice president for public policy at the N.C. Center for Nonprofits, calls overtime “a hot topic” that has many service providers concerned.

“Most can’t just raise prices,” he said, nor does he foresee foundations and other funders stepping forward to cover overtime costs.

Heinen expects many nonprofits to “operate on more of a deficit in the short-term” and perhaps to “cut back a little bit” on services.

Green believes the Labor Department’s doubling of the overtime threshold could have been made more gradually and doesn’t give businesses adequate time to work constructively with their employees.

“There is an underpayment epidemic, but I don’t think this is the best way to address it,” Green said. “They’ve gone too far, too fast.”

“The current threshold of $455/week allows employers to deny FLSA protections to workers earning below the poverty line for a family of four,” she told the Labor Department, adding that workers who perform overtime without additional compensation often make little more than minimum wage.

The new rule, she wrote, is “entirely reasonable.”

THE BACKGROUND: It’s been more than a decade since the federal government looked at regulations about overtime pay for white-collar workers.

The U.S. Department of Labor Wage and Hour Division last year proposed an update to the regulations governing the Fair Labor Standards Act’s (FLSA) overtime pay protections, with an annual gross volume of sales or business of $500,000 or more and certain other businesses regardless of sales levels, and with no exemption for nonprofit organizations.

The regulations were last updated in 2004, and the current salary threshold for exempt executive, administrative and professional employees is $455 per week or $23,660 per year.

Under the current rules, employers do not have to pay overtime to their white-collar workers making more than that annual salary.

WHAT’S CHANGING: Under the new rules, the exemption level moves up to match the salary level at the 40th percentile of weekly earnings for full-time salaried workers.

That amount is estimated to be $970 per week, or $50,400 annually, by the time the law is implemented this year. The salary levels would be adjusted in the years ahead to account for inflation.

WHO’S COVERED: Besides the salary-level requirement, the federal government defines those who can be exempted from overtime pay by the type of job duties they have. Some of those are:

• The employee’s primary duty is managing the organization or department;

• Regularly directs the work of at least two or more other full-time employees;

• Uses advanced knowledge in a field of science or learning;

• Is employed as a computer systems analyst, computer programmer, software engineer or other similarly skilled worker in the computer field

WHO’S IMPACTED: The Labor Department estimates that 4.6 million workers now exempt would be entitled to overtime protection under the proposed changes.