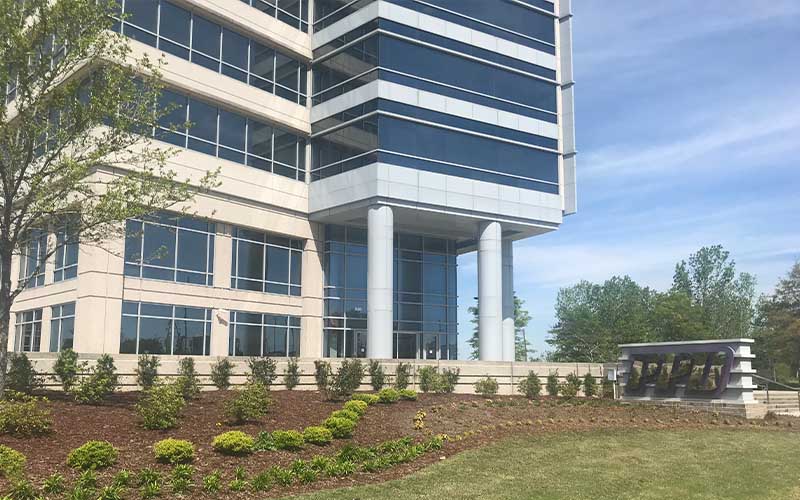 PPD, with headquarters shown above in downtown Wilmington, could go public.
The possibility of Wilmington- headquartered PPD going public again emerged this year. PPD’s parent company submitted a draft registration statement with the Securities and Exchange Commission about the proposed initial public offering of the parent company’s common stock, according to an announcement made by Pharmaceutical Product Development LLC on Nov. 12.

“The number of shares to be offered and the price range for the proposed offering have not yet been determined. PPD Inc. expects to use the proceeds of the offering for general corporate purposes, which may include the repayment of indebtedness,” officials stated in the release. “The initial public offering is expected to commence after the SEC completes its review process, subject to market and other conditions.”

The firm, a global contract research organization, has about 23,000 employees across 46 countries. It employs about 1,500 people locally.

PPD was founded in 1985 by Fred Eshelman as a one-person firm. It held its initial public stock offering in 1996.

The company was later acquired by affiliates of The Carlyle Group and Hellman & Friedman in 2011 for $3.9 billion, which made PPD a private firm again. In 2017, PPD announced a deal to recapitalize and add two new investors. The deal at the time was valued at more than $9 billion.

A subsidiary of the Abu Dhabi Investment Authority and an affiliate of GIC, Singapore’s sovereign wealth fund became direct investors in PPD. Private equity firms The Carlyle Group and Hellman & Friedman were said to maintain joint ownership of PPD, with Hellman & Friedman holding the majority ownership.

The news from PPD this year comes at a time when the contract research organization sector is growing, according to Andrew Schafer, an industry expert and president of Industry Standard Research, a Raleigh-based market research firm.

“We estimated the 2019 CRO market size to be at $40.8 billion, and we expect over the next three years that the CRO market will grow at about an annual 7.5%,” Schafer said in December.

PPD itself is growing. Just in September the company announced it was expanding its bioanalytical lab in Richmond, Virginia, one of the largest in the world. The work is part of ongoing investments in its Richmond facility.

There have been other companies in the CRO space that have done the private to public or public to private dance, such as Quintiles, now Durham-based IQVIA, Schafer said.

“They have to feel pretty good, and they should, about the industry,” he said. “The CRO industry is doing very well. It’s very healthy. So it’s a good time for them to re-enter. And I’m guessing that their financial situation is solid. Otherwise, they probably wouldn’t be doing it at this time either.

“And the reason to do it is the investors – the private equity [firms] that had invested in PPD to turn private – they need to get their money out too. And so, that’s one of the vehicles,” Schafer added. “You can either go private or you can sell your interest to other private equity firms, and I guess PPD has chosen the public market exit as a way to recapitalize to allow those firms to get some or all of their investment back.”
For a full list of the top stories of 2019, click here.