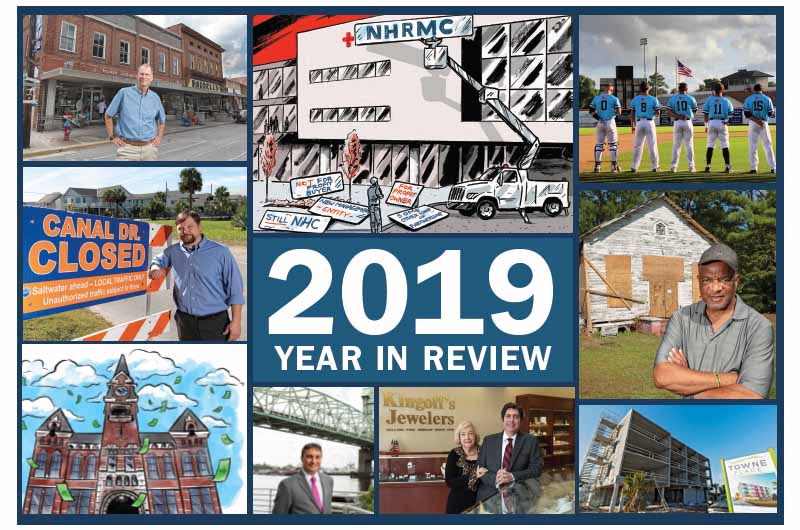 The biggest news of 2019 broke this summer, with the announcement from county and hospital officials that New Hanover Regional Medical Center might be put up for sale. But other major stories emerged throughout the year, including the N.C. Department of Transportation’s halt to planning the Cape Fear Crossing highway-bridge project that would have replaced the aging Cape Fear Memorial Bridge. Some of the good news this year was the jump in filming the region experienced as crews went back to work on five productions, creating jobs and spending money. Changes for companies came in the form of growth and potential opportunities, including banking software firm nCino raising $80 million and expanding its global presence and Pharmaceutical Product Development (PPD) looking at the possibility of going public again. Construction equipment rolled for development and redevelopment projects throughout the region, including an expansion at Wilmington International Airport and the demolition of the former Sears building and Sears wing at Independence Mall. Meanwhile, the housing market remained strong, with more records broken as new residents continued to flock to Southeastern North Carolina.