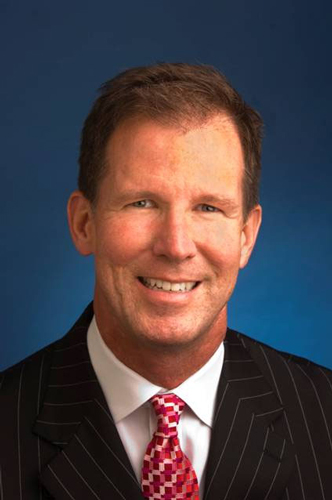 A leader in pharmaceuticals consulting has been tapped to head PPD, Inc., the company announced today.

PPD announced Monday it had named Raymond H. Hill as the company’s new chief executive officer and elected him to its board of directors as of September 16.

The announcement has industry analysts speculating that the move means the Wilmington-based contract research organization may not be an acquisition target after all.

Hill comes to his new post from IMS Health, Inc., a global provider of data, market research and consulting services to clients in the pharmaceutical and health care industries. At IMS, and most recently as president of IMS Consulting Group, Hill oversaw a strategy of aggressive organic and acquisition-based growth that produced a five-fold increase in annual revenue in a seven-year span, according to a PPD news release. As a result, Norwalk, Conn.-based IMS transcended its roots in data and market research to become a leader in pharmaceuticals consulting.

Consulting Magazine recognized Hill in 2007 as one of the top 25 management consultants globally, and PharmaVOICE named him as one of the 100 most inspirational leaders in the pharmaceutical industry the same year.

“I am excited to join the PPD team as CEO,” said Hill in a prepared statement, noting the company’s solid history and “world-class record in serving clients and strong financial performance.

“I look forward to working with the board of directors and the management team to help position the company to respond to the many challenges impacting our clients in maximizing their R&D spend and successfully navigating an increasingly complex global environment.”

“With more than 20 years of experience in the life sciences arena, Ray brings keen strategic acumen as a proven leader who has grown global client services businesses in the pharmaceutical industry,” Eshelman said in the PPD news release. “His consistent track record of business success and disciplined approach to operational and financial performance make him well suited for our CEO role.”

The new CEO has “proven his ability to grow services to pharmaceutical industry clients,” said Ned Glascock, associate director of corporate communications for PPD. “At IMS Consulting Group he built a strong culture of leadership and accountability, a key strength for an organization with a multinational staff like PPD's. He also has a disciplined approach to operational and financial performance.”

Hill’s experience as a consultant in the industry should fit well with PPD’s late-stage clinical trial services, writes Julie Stralow, a financial analyst with Morningstar, Inc.

“This new hire also suggests that PPD likely will remain an independent entity rather than an acquisition target, which was the rumor after former CEO David Grange retired... with no named successor,” Stralow said. “Despite Hill’s outsider status, we suspect the transition will be a smooth one, with Grange acting as a consultant for the rest of the year and with PPD founder Fred Eshelman remaining executive chairman of the board.”

Analyst Eric Coldwell with Robert W. Baird & Co. also sees Hill’s appointment as an indication that PPD will not be the target of a leveraged buyout. “While PPDI has not yet publicly ruled out an LBO with its review of strategic alternatives, the CEO appointment certainly signals that PPDI may be preparing for a future in the public markets,” Coldwell said in a written statement.

In July, news outlets reported that PPD was exploring a possible sale of the company. Later reports said PPD was in exclusive negotiations with The Carlyle Group, a large private equity firm based in Washington, D.C.

Eshelman has declined to comment on reports of a possible sale, but has said the company was exploring its options to see “if there are any actions which might create value at this time”

Before his tenure at IMS Health, Hill was senior vice president for Acumen Sciences Limited. He also held several roles in eight years with A.T. Kearney Ltd., including global head, pharmaceuticals and health care practice, in which he led the creation of the practice, hired the team of health care professionals and grew annual revenue to $45 million.

PPD (Nasdaq: PPDI) stock took a dive Monday morning, falling to below $26 after trading near $30 last week. The stock price recovered to $27.53 near the close of trading.