PPD Move May Be About Going Private 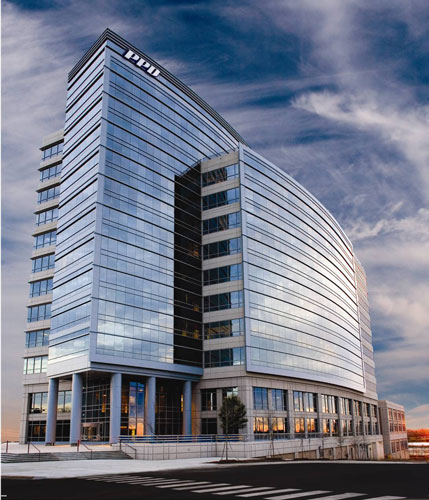 In the light of news reports that Wilmington-based PPD is exploring the possibility of selling the company, comments made by Fred Eshelman, executive chairman of the company, seem to give weight to the speculation of industry analysts that PPD’s best option is a private equity buyout.

According to Lauren Migliore, equity analyst with Morningstar, Inc., the options open to PPD include a merger with another contract research organization (CRO), a buyout by a competitor, or a private equity sale.

Among top-tier CRO firms, such as Research Triangle-based Quintiles Transnational Corp., mergers or acquisitions by competitors are less likely, leaving private equity firms as the ones with the best chance of acquiring a company with the size and market position of PPD. Currently, PPD is the third largest CRO behind Quintiles and Covance, Inc.

In 2002 and 2003, Quintiles went through a similar review of strategic plans and capital structures, resulting in the 2003 buyout of the company by Pharma Services Holdings, Inc., a joint partnership between Quintiles Chairman Dennis Gillings and private equity group One Equity Partners, LLC.

In the buyout, Pharma Services Holdings offered Quintiles shareholders $14.50 per share, 75 percent more than the $8.31 stock price in October 2002. The $8.31 share price was the price on the last trading day prior to the proposal.

The move to the private sector by many public companies over the last decade has come on the heels of a stock market lull then recession and the cost of complying with the Sarbanes-Oxley Act of 2002. To comply with Sarbanes-Oxley and other regulatory acts and agencies, companies spend a tremendous amount of personnel, time and money reporting and ensuring compliance. Between maintaining an investor-relations department, holding annual shareholder and board meetings, pay for directors and compliance officials, the costs to comply with SEC regulations and soaring costs for directors and insurance, the price tag can get quite high.

In addition to the high costs associated with Sarbanes-Oxley – where compliance costs rose by 35 percent between fiscal years 2002-2003 – many companies prefer the strategic freedom associated with being privately held. Once private, companies have the ability to focus more on long-term strategic planning rather than short-term, quarterly thinking.

During the time Quintiles has been private, it has moved forward with many long- and short-term development deals in markets at home and abroad, and has significantly expanded its work in Asia. Were PPD to do the same, the ability to act upon a long-term strategic vision without being beholden to shareholders and regulatory compliance could have a huge and long-running positive impact on the value of the company.