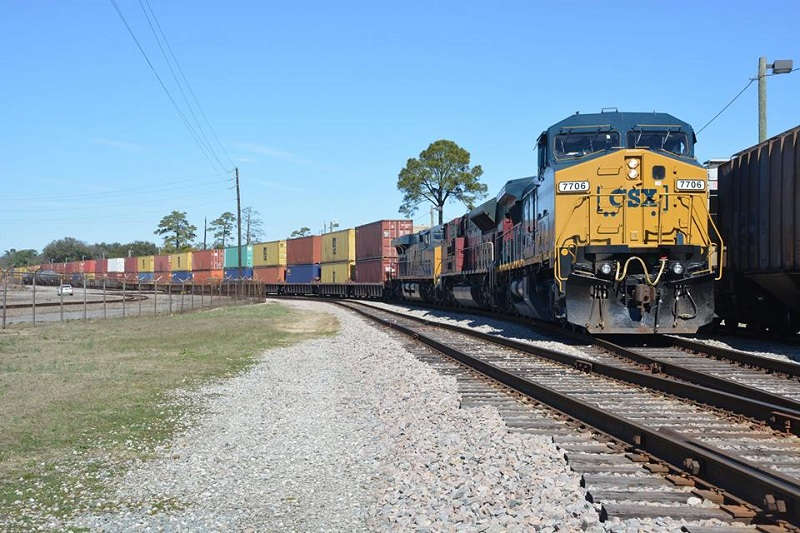 Customers of the Port of Wilmington now have direct rail access to midwestern markets with the launch of the Wilmington Midwest Express.

The route is the N.C. State Ports Authority’s daily direct connection to the midwest through the Carolina Connector Intermodal Rail Terminal in Rocky Mount.

CSX spent $40 million on the project while the N.C. Department of Transportation pitched in $118 million for site design and construction, which began in 2019, according to a NCDOT press release.

The facility can handle 110,000 containers annually, through the use of three wide-span, zero-emission electric cranes. Most container handling will be completely automated.

“This new service provides a competitive advantage in a time when supply chain issues are impacting ports across the United States,” said Brian Clark, executive director of the N.C. State Ports Authority, in a press release.

Plans have been underway to connect the port to other areas of the U.S. with CSX since 2016, according to ports spokeswoman Christina Hallingse.

Before the launch of the Wilmington Midwest Express, the Wilmington port had just the Queen City Express available to its customers, a one-day transit service offered via CSX. This route allowed products to flow to the Charlotte Inland Port, owned and operated by N.C. Ports.

“This is direct from the ship to rail, to right now, Chicago, St. Louis, and Northwestern, Ohio,” Hallingse said of the new service, adding that the connection takes about five to seven days.

Hans Bean, N.C. Ports' chief commercial officer, told a Wilmington audience in June the Carolina Connector would allow the port to serve more customers. “Getting the Midwest connectivity … it is huge for the ocean carriers. Now they can come here and do all their business so they can get it on the rail network,” he said. “It’s the whole CSX network instead of just getting it to Charlotte.”

The launch is a positive step for current and future port customers, according to Hallingse.

“It’s a service that our customers have wanted for some time," she said. "Anytime that you can go straight from ship to a further point by rail, it’s decreasing emissions, it’s decreasing costs for shippers, and it’s ... expediting the container getting to its final destination.”