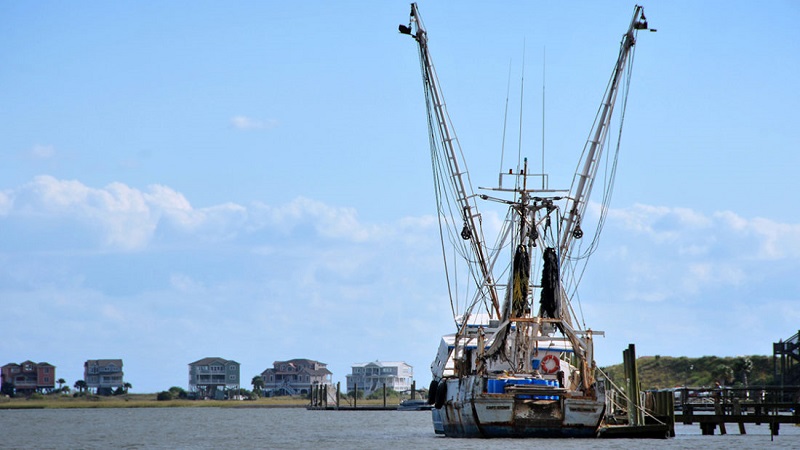 Commercial fisherman are being asked to participate in a survey that will help generate data to show the industry's economic impact. (Photo courtesy of North Carolina Sea Grant)
A new study is underway to calculate the economic impacts of the state’s commercial fishing industry.

The study is being conducted through four different surveys to help gather data, said Chris Dumas, professor of economics in the department of environmental sciences at the University of North Carolina Wilmington.

Dumas is part of a team made up of UNCW, N.C. State University and Appalachian State University, in coordination with North Carolina Sea Grant, a state and federal partnership research program.

The study is being supported by a $379,000 grant through the N.C. Commercial Fishing Resource Fund, which receives a portion of commercial fishing license fees, Dumas said.

The most recent survey of the study went out by mail last week to just over 2,400 active commercial fishermen, Dumas said.

“We really encourage all commercial fishermen to complete the survey so that the full diversity of commercial fishing in the state will be represented,” Dumas said.

Only fishermen with a 2019 North Carolina commercial fishing license who had sales in 2019 are eligible to take the survey, according to North Carolina Sea Grant.

“We want to get back as many surveys as we can so that the study results reflect all types of commercial fishing,” Dumas said. “The purpose of the survey is to estimate the economic impacts and benefits of the commercial fishing and seafood industry in North Carolina."

Seafood dealers received a survey last fall, Dumas said. And two other surveys will go out soon, one to seafood restaurants and seafood markets, and another to a random sample of consumer households to ask them about their seafood purchases and consumption.

The overall study will bring together information from all the surveys for a final report by the end of the summer.

“The study will also estimate the ripple effects throughout the economy, the economic multiplier effects, supported by commercial fishing activity," he said.

For many years, the value of the state's commercial fishing industry has been based on commercial fisherman's harvest only as it gets to the docks, said Barry Nash, seafood technology and marketing specialist with North Carolina Sea Grant.

For instance, the value of the seafood industry based off of what was harvested was more than $77 million in 2018, according to data with N.C. Division of Marine Fisheries.

But that value doesn't take into consideration all the economic multipliers, he said.

“The purpose of this study is to see how the economic value changes as the seafood leaves the dock and makes its way to the seafood consumer,” Nash said.

Nash said the current team, which includes economists, is seeking to find the value based on data that will help generate the economic impact with multipliers.

The project will include analysis of supply chains, the businesses that supply and support the commercial fishermen such as marinas, fuel suppliers, bait suppliers, net and trap suppliers and also boat repair, Dumas said. The study will also take a look at the distribution chain, such as fish processing and packaging, transportation, warehousing and retail, he said.

“We need to know the total economic value of the seafood industry to this state," said Glenn Skinner, executive director of the N.C. Fisheries Association, who sits on the N.C. Commercial Fishing Resource Funding Committee. "It’s not just the seafood sales. It’s the money we spend on gas for our trucks and boat repair, the jobs created at seafood processing facilities and restaurants. This .... will make it clear how important commercial fishing is to North Carolina."