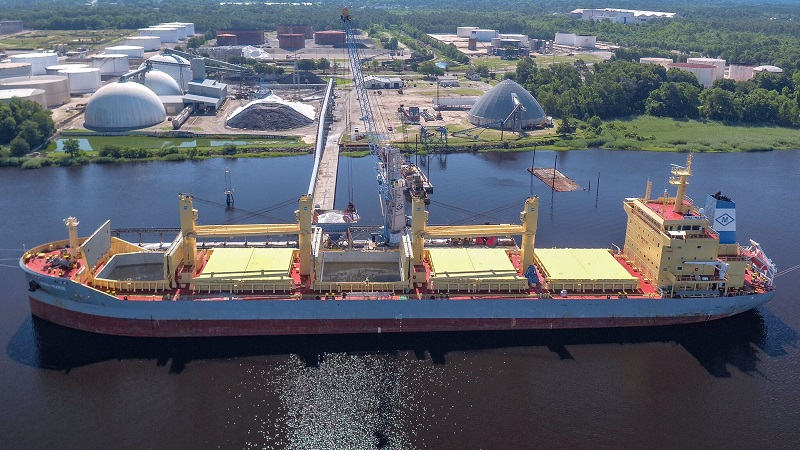 The financial details of the transition were not disclosed, said Jeff Hymas, communications director for Savage, in an email. The marine terminal is the first acquisition for Transportation Infrastructure Partners.

CMT, located at 3330 River Road, provides transport, logistics management and product handling services, according to the release. It's a privately-owned bulk marine cargo terminal with rail access located just south of the Port of Wilmington.

CMT was founded in the early 2000s by Mike McCarley and Kevin Walker, who maintained ownership of the marine terminal up until its sale to Transportation Infrastructure Partners, Hymas said.

Savage, a global transportation and materials handling company, will operate this and other future investments made by the joint-venture firm.

"We are pleased to be initiating this joint venture with the acquisition of CMT," Ryan Stewart, managing director of Ridgewood Infrastructure, said in the release. "CMT's deep-water port, storage facilities, access to major rail and highway routes, and highly efficient operations combine to provide the company with a sustainable competitive advantage."

Savage operates terminals across North America, including facilities it owns and facilities owned by customers and third parties.

"This includes marine terminals and rail terminals, and associated trucking operations in some locations," Hymas said.

"Transportation Infrastructure Partners will continue to invest in the facility to meet the needs of our customers," he added.

The previous owners had made several significant upgrades and expansions at terminal, including, two new storage domes and a bagging line, over the past several years, he said.

"The facility has a highly diverse and longstanding customer base with considerable growth opportunities," he said. "Additionally, Savage has other existing operations in North Carolina and the state has a good business climate and policies."

In North Carolina, Savage provides support services at a power plant in Mooresboro and transload operations at customer facilities in Charlotte and Raleigh, part of the firm's energy and chemical sectors.

In its agriculture sector, the firm operates flour mills under its Bartlett brand in Statesville, Wilson’s Mills, Goldsboro and Shelby.

"We’re excited to be a part of the greater Wilmington community, and to be involved with and help support economic growth in the region," Hymas said. "We look forward to getting to know existing CMT customers better and seeking out new opportunities to serve additional businesses at the terminal and help optimize their supply chains."