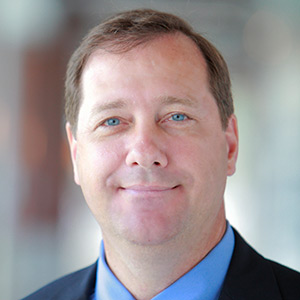 Most economists and financial analysts that are monitoring the U.S. housing market are predicting the continued appreciation of home prices, albeit at a slower rate of growth than we’ve seen in recent, post-recession years. However, I read an article recently featured on the Bloomberg Business website in which a Bank of America financial analyst, Chris Flanagan, explains why he believes home prices are going to see minimal increases in 2016, followed by three consecutive years of falling home prices beginning in 2017.

According to Flanagan, the basis for his prediction of falling home prices is primarily related to the fact that nationwide average household incomes are almost stagnant and not keeping pace with the real estate and overall market recovery. While I’m not an expert market analyst, it seems logical that a lack of growth in household incomes would eventually be reflected in the housing market and cause a drop in prices. In fact, Flanagan points out that a lack of income growth is likely to have a substantial negative impact on housing market activity, interest rates and the overall economy.

To be fair, I’ve included a comparison of Flanagan’s forecasts along side a report released recently by JP Morgan Chase &Co. analysts below:

So I started thinking to myself, if income growth (or a lack of it) has such a direct impact on the real estate market nationwide, what does that mean for Wilmington’s market? My gut told me that incomes around here have probably not gone up much for quite some time, so I decided to research income trends in the Wilmington area over the past several years. I dove into some U.S. Bureau of Labor Statistics and found out that from 2007 to 2014 salaries in New Hanover County have only gone up 1.5 percent. Most of the surrounding counties also had either minimal salary growth or actually experienced decreases. In fact, during the same period, salary levels in Pender County decreased by 9.8 percent.

I then started wondering about the reasons that salaries around here have remained so low for so long. I’m sure there are multiple factors, and this is really just speculation on my part, but it seems clear that one of the main reasons salaries aren’t going up is a lack of quality jobs. If there are many people competing for a few jobs, then businesses can pay less for good talent. Good jobs are in such a high demand around here that people are willing to settle for lower salaries just to secure a job. In addition, UNCW and CFCC are bringing thousands of students to the area, only to have them leave upon graduation in search of jobs in their fields, with better salaries or both.

So the next question is, “Why are there so few quality jobs in the Wilmington area?” The answer has created a lot of area debate and controversy – it’s because there are so few businesses that choose to set up shop in Wilmington. You see the dilemma? Lots of people want to move to Wilmington. We’re not having trouble attracting people to our beautiful town. Businesses, however, are a different story. They don’t want to come here. We even managed to lose film, one of the industries that was actually a steady source of jobs for many Wilmingtonians. Not a happy ending.

We get a lot of nibbles from some quality businesses – BMW, Goodyear, Continental Tire, Mandalay to name a few. So why can’t we reel them in?

There are a lot of reasons. For example: The bottom line is that the ease of entry into our market is just not here. Some of our leaders seem to believe we don’t need to be flexible and offer incentives because businesses will just want to come here once they see our charming historic riverfront and beautiful beaches. Well, guess what? Lots of other places have charming riverfronts and beautiful beaches (Charleston, Savannah), plus they offer incentives and the permitting process is easier. I think we need to take a closer look at our leaders, our influencers and our decision makers and most importantly, ourselves. Do we throw up roadblocks or do we look for solutions? Do we truly want new businesses to come here? Everyone wants more “white collar” jobs, but are we truly willing to do the things that it will take to bring them here? Plus, are we willing to recognize that many of the people that live in our area need “blue collar” jobs? When these individuals have jobs they have the chance to reinvest in our market as well. Before we can attract these types of companies, we need to change ourselves.

There are numerous agencies and elected officials out there trying to attract business. Whether you agree with how they function or not is beside the point. If we don’t give them the tools they need and show them that we want to help make things happen, then they can’t succeed.

This is the first year Wilmington’s home sale prices have risen above the prices of 2006. In the short term, that seems promising, but if there aren’t enough good jobs, salaries will not go up, and those prices will fall back down because there won’t be enough people in town that can afford them. 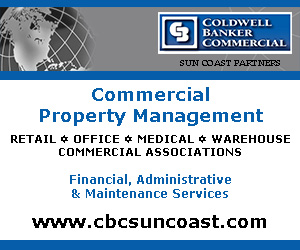