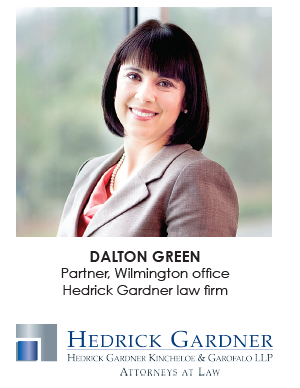 What are your predictions regarding the overtime rule halted by a federal judge late last year?


While we don’t have a crystal ball, it seems likely the rule will be repealed, at least in part. The rule currently calls for an automatic increase in the overtime salary threshold every three years, and this undoubtedly violates the U.S. Department of Labor’s rulemaking procedures, so that provision will likely be repealed.

Many employers are not equipped to absorb the costs of such a dramatic increase, and this would likely result in employers cutting hours and hiring more part-time employees to avoid overtime wages. This would likely end up working to the detriment of the employees it was designed to protect.

What advice do you have for companies that reclassified employees before the overtime rule was blocked?


While employers are not required to abide by their decision to reclassify employees in light of the federal injunction, employers are encouraged to consider the negative impact on morale that would likely result if changes are made.
Employees may have gotten accustomed to the additional wages overtime can provide and may resent being reclassified as exempt.

It is also possible that employees may be unhappy with the change from exempt to non-exempt, given the potentially new responsibility of keeping up with work hours and clocking in and out.

Employers are advised to pay attention to the general employee “rumblings” concerning the issue and weigh the potential benefits and drawbacks of reclassification.

What are the common misconceptions about workplace social media and internet policies?


The biggest mistake employers make regarding social media and internet policies is presuming that, simply because the business is not unionized, the National Labor Relations Act (NLRA) does not apply to them. In actuality, the NLRA applies to both unionized and non-unionized private employers. The NLRA prohibits employers from any action deemed reasonably likely to ban concerted activity - any activity by employees intended to better their working conditions and/or wages.

The National Labor Relations Board (NLRB) has determined that employer policies that prohibit employees from using the internet or social media to cast the employer in a negative light violate the NLRA, because such policies could reasonably be interpreted by employees to discourage concerted activity.

What steps should employers take in drafting a social media/internet policy?


The NLRB continuously changes what language it deems in violation of the NLRA, so employers are encouraged to consult with counsel before putting any policy into practice - especially pertaining to social media or the internet - to avoid running afoul of the NLRA.

How can companies protect against discrimination claims based on gender identity and orientation?

HB-142 repealed the requirement that people in government-controlled buildings use bathrooms and locker rooms based on the gender identified on their birth certificates. So, we are now where we were before Charlotte enacted its bathroom ordinance. HB-142 ensures that the regulation of bathroom access rests with the legislature, not with local governments; that was the compromise, at least until 2020.

In support of its position, the EEOC is filing suit against employers on the basis of sexual orientation/gender identity discrimination across the nation. While employers may or may not ultimately prevail in such a suit, the process of defending a lawsuit against the EEOC in federal court is extremely expensive and time-consuming. Employers should carefully consider whether they wish to “poke the bear” with a policy that allows discrimination on the basis of gender identity or sexual orientation. The more well-reasoned approach is to work with employment counsel to draft policies - including employee restroom policies - that foster inclusion and equality.

What are the most significant new developments that could impact employment law and worker’s compensation?

However, in 2016, OSHA issued a new regulation designed to encourage the reporting of work-related accidents. OSHA clearly believes policies requiring mandatory testing of all employees suffering work-related injuries discourages employees from reporting on-the-job accidents and, as such, are unlawful.

Employers are still permitted to test employees who suffer work injuries, if they have a “reasonable suspicion” the employee was intoxicated at the time of the injury, and that the intoxication was a proximate cause of the injury.

Given this new development, the majority of current drug-testing policies need to be updated and reworded to provide employers with the leeway to investigate workplace injuries and maintain a safe environment, while ensuring the policy is lawful from an OSHA standpoint.

Other Posts from Insightful Discussions

Dosher Memorial Hospital Continues To Meet The Needs Of Their Community

Design And Build Or Renovate – Which Is Best For My Business?

The Economy, The Pandemic, The Elections...Now What?

Lighting The Way For Area Businesses

Reopening After COVID-19: What Business Owners Should Know

How To Protect Your Legal Interests As A Business Owner

Making Time For Wellness With Chiropractic

Is Hormone Replacement Pellet Therapy Right For You?

Helping Loved Ones with Pre-Planning

Manufacturing in Wilmington: Pros, Cons, and What the Future Holds

Business Growth Is it as easy as it sounds?

A Look at the Area's Homebuilding Industry

HR Tactics for a Successful Business

Managing Your Health and Wellness

The Benefits and Challenges of Tech-Powered Business

Achievements and Challenges for Women in Business

Succession Planning for a Successful Future

Pre-Planning for Peace of Mind

A Look at the Region’s Residential Real Estate Market

Managing and Growing Your Wealth

Managing Cybersecurity for Your Business

Accounting for Your Business in 2018

The Benefits & Challenges Of Tech-Powered Business

The Importance Of Pre-Planning

Managing Wealth For Longevity And Legacy

The Future of Health Care

On Going Back to School

Gearing Up for Business Growth

Hiring and Retaining Talent in a Competitive Environment

Mitigating Risk Amid the Laws of Business

Managing Wealth Amid Uncertainty and Beyond

Real Estate’s Rebound and What’s Next

Accounting for Your Business in 2016