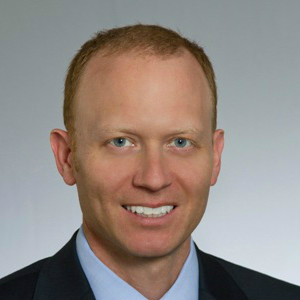 Bringing Manufacturing Back To The U.S.

U.S. manufacturing is experiencing a resurgence. According to The Boston Consulting Group report, “Reshoring of Manufacturing to the US Gains Momentum,” manufacturers with at least $1 billion in annual revenue plan to add more production capacity in the U.S. than they do in China.

Over the past few years, there has been a notable trend of companies bringing U.S. manufacturing operations back from other formerly low-cost countries, or reshoring.

There are a number of reasons why a business would consider moving jobs and opportunities back to the U.S. While political pressure may play a role, many companies are reshoring due to considerations around cost, quality control, intellectual property protection and tax benefits.

Further, the recent expansion of the Panama Canal has opened new opportunities for U.S. manufacturers with the changing supply chain dynamics of international trade.

Cost has traditionally been the primary consideration for offshoring. For years, China, in particular, has delivered significant cost-savings, compared to manufacturing in the U.S/ However, labor costs in China have increased significantly over the last decade.

In contrast, U.S. labor costs have remained stable for the past 20 years. According to the Oxford Economics research paper titled, “Made in China Not as Cheap as You Think,” labor costs adjusted for productivity in China are only four percent cheaper than in the U.S.

When manufacturers account for shipping, packaging, executive travel and freight costs, as well as significant U.S. tax incentives for manufacturing in the U.S., the savings of manufacturing in China and other countries diminishes.

Quality standards in traditionally low-cost countries have improved, but they can still be inconsistent. While manual labor positions will likely remain in foreign countries for the near future, U.S. companies are considering reshoring skilled labor.

Intellectual property (IP) protection is another important factor for manufacturers in highly skilled industries. The U.S. maintains a gold standard in protecting IP, and manufacturers doing business in the U.S. worry less about patents being illegally replicated than they do when manufacturing offshore.

The expansion of the Panama Canal in June 2016 is bringing new opportunities to manufacturers, as it more than doubles ships’ cargo capacity. The new third lane can accommodate ships carrying up to 14,000 containers, compared to the previous 5,000 containers.

This opens a lot of exciting opportunities for manufacturers, including increasing capacity to allow U.S. manufacturers to reach customers in international markets by shipping finished goods from the U.S.

In addition to the Panama Canal, there are other new transportation technology and infrastructure investments being made that are making it faster and easier for U.S. companies to get raw materials and ship finished goods. For example, the rise of “smart” cities with large sensor networks, delivery drones and driverless cars can further improve connections to customers and suppliers.

According to the bank’s research, 61 percent of companies report they will have some foreign market involvement, with 48 percent buying from foreign markets, 41 percent selling to foreign markets and 21 percent having operations outside the U.S.

When delivering products to international markets, manufacturers should streamline payments and receipts to boost profits while reducing risk. Shifting low-value, high-volume payments to a credit card program can increase efficiency and earn rebates.

In addition, requiring a letter of credit from overseas customers can protect against non-payment and get paid faster, while extending payment terms.

Bringing manufacturing back to the U.S. allows companies to tap into a vibrant financial market and raise the necessary capital for production. This is further reinforced with historically low interest rates and inflation. With changing costs dynamics, focus on consistent quality and new supply chain opportunities, the U.S. is becoming an attractive base that manufacturers should be sure to take advantage of.

Derek Cohen is Senior Vice President of Commercial Banking for Bank of America Merrill Lynch, where he delivers strategic financial advice and solutions to help companies grow, improve liquidity and cash flow, manage U.S. and international payments, and invest for the future. Derek also serves as Market President for the greater Wilmington area for Bank of America, working to strengthen communication and integration among the company’s local businesses. Contact Derek at (910) 442-1860 or [email protected].

Other Posts from Derek Cohen

Managing The Needs Of A Four-Generation Workforce

Equipment Financing To Grow Your Business 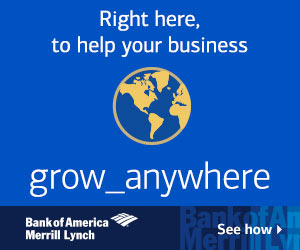