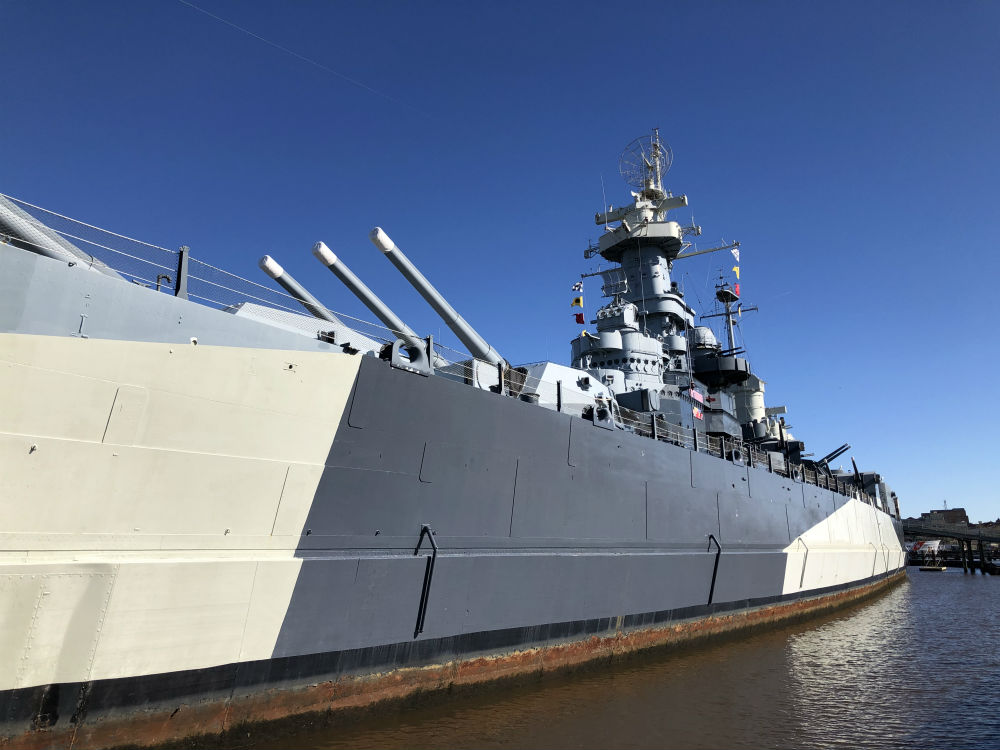 According to a news release, the company will cut and replace steel on the ship's bow, as well as repaint the affected areas of the hull when finished. The contract base price is $2.5 million.

"We are excited to work with Atlantic Coast Industrial on this project, which is vital to preserving the Battleship for the state of North Carolina and its visitors, while also creating local architectural, engineering, construction and environmental jobs," said Capt. Terry Bragg, executive director of the battleship, in the release.

According to the release, the contract for the hull repair will launch June 15.

"The work will not limit visitation to the ship, which reopened to the public May 26," the release stated, "and visitors may enjoy watching the welders and cutting torches at work."

The replacement steel was donated by NUCOR Steel, a North Carolina-based company, according to the release.

"The hull repair project itself is funded largely by the Generations Campaign, a fundraising effort to aid in restoration and maintenance of the Battleship and its facilities," the release stated. "Longstanding supporters of the Generations Campaign include Truist, Duke Energy, Carlisle Companies, Cameron Foundation, Wells Fargo Bank, Cannon Foundation, Martin Marietta and American Legion."

Explaining the timeline of work on the battleship, the release stated that the hull repair project is Phase 2 of the Generations Campaign, following the implementation of the cofferdam to make the work possible, along with building the SECU Memorial Walkway and Piedmont Natural Gas Marine Trail Dock in Phase 1.

According to the release, "Phase 3 is Living with Water, which includes plans to restore shoreline and create wetlands to reduce regular flooding at the Battleship site, improve water quality in runoff to the Cape Fear River, enhance wildlife habitat and beautify Battleship Park."