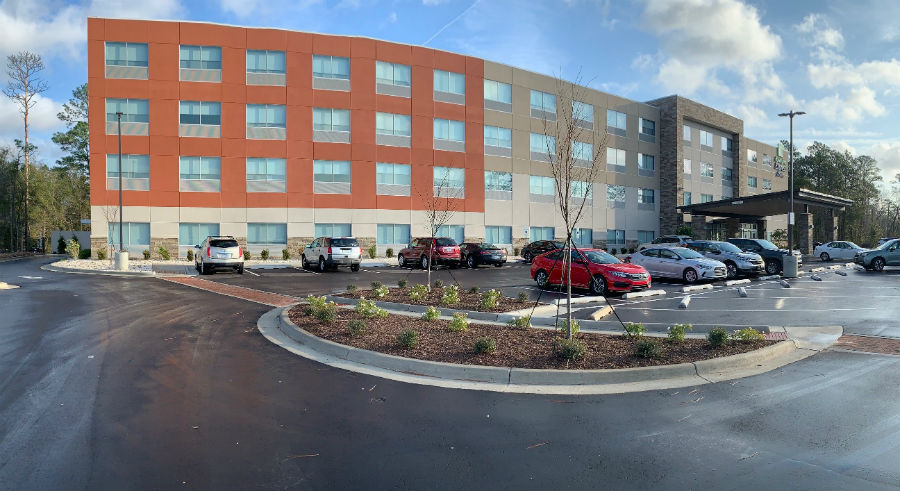 A grand opening for the Holiday Inn Express & Suites Wilmington West-Medical Park is scheduled for Thursday. (Photo courtesy of the hotel)

The developers of a recently opened $12 million hotel on Medical Center Drive hope to create more in the Wilmington area.

After a soft opening in recent weeks, the hotel's grand opening celebration is scheduled for Thursday.

Hotel developer Steven Arp said he and his partners want to build two more hotels in the area, although he did not disclose where they're looking for property.

"We just like the market, and I think there's more room," Arp said Monday of their efforts to find additional area locations for hotels. "Supply hasn't gotten too big yet. There's still lots of demand."

The new Holiday Inn Express & Suites includes an indoor pool, a fitness center and a business center, among other amenities. The general manager is Dashay Johnson, and the hotel is expected to employ 28 people as business ramps up, Arp said.

Hotels are in the works throughout the Wilmington area, particularly in mixed-use developments planned on Military Cutoff Road and close to Wrightsville Beach.

Kim Hufham, president and CEO of the New Hanover County Tourism Development Authority, said Monday that the Wilmington and Beaches Convention and Visitors Bureau "does not conduct feasibility studies [on hotel demand]; however, developers interested in our area do conduct them as part of their due diligence."

Hufham added, "In addition to the hospital area, most of the new construction and developer interest is in the Eastwood Road area, Porter’s Neck and the Convention District. But the CVB does not have any statistics or evidence to confirm room demand."