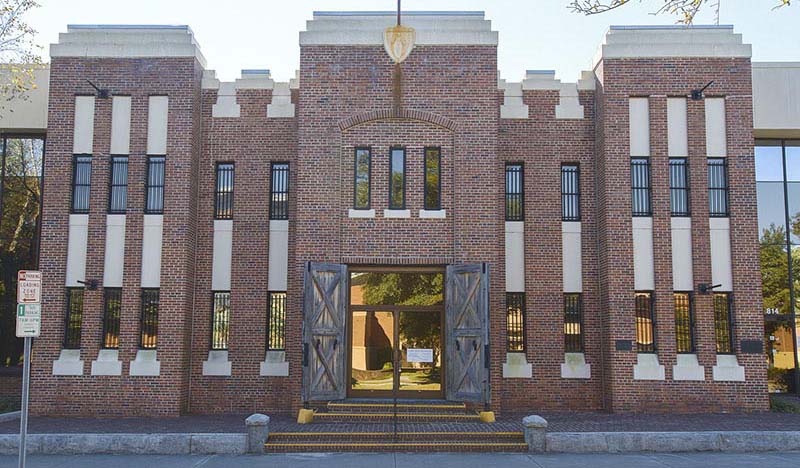 The Cape Fear Museum this year is looking at new science offerings, continued hurricane damage repairs, additional resources through a Smithsonian Institution affiliation and potential plans for a new facility. (Photo courtesy of Cape Fear Museum)
The Cape Fear Museum of History and Science is readying new reveals in the new year. Among them, a unique mobile program that’s expected to launch this spring.

The museum at 814 Market St. will introduce Science Cycle, which will bring science programs to unexpected places.  With it, the museum can deliver science to outdoor spaces.

“By using this innovative mode of transportation, the cycle will reach the public where they congregate and introduce them to a variety of science topics in creative and engaging ways,” explained Cape Fear Museum Director Sheryl Mays. “The Science Cycle is infinitely more mobile than a standard outreach vehicle or festival booth and is more flexible to reach people in a variety of locations, including along Wilmington’s Riverwalk, the Carolina Beach Boardwalk and in [New Hanover] County parks.”

The Science Cycle will offer science-based activities, while encouraging interaction. The vision for the eye-catching tricycle is to connect the public and the museum like never before.

“With the cargo tricycle, our museum staff will be able to pedal directly up to pedestrians and offer quick, interactive science demos,” Mays said. “Children and adults can spend 60 seconds interacting, or they can stay and engage for longer periods of time, learning science principles related to physics, chemistry, biology, engineering, math and more.”

Additionally, Cape Fear Museum plans to host a new dinosaur exhibit this summer. “Dinosaur Discoveries” is a traveling exhibit from the Virginia Museum of Natural History that will reside in the museum’s second floor galleries.

Meanwhile, the museum itself is slated to undergo repairs because of damage from Hurricane Florence.

The storm, which made landfall near Wrightsville Beach on Sept. 14, affected a number of other area attractions too.

According to museum officials, the building’s second floor suffered water damage from a roof leak. Some of the gallery’s exhibit cases were damaged, but the artifacts within them were mostly unscathed.

While several upstairs offices also suffered water damage, the museum – with the exception of some areas – is open to the public.

“Repairs to the drywall and flooring are needed in both the gallery space and offices [upstairs] before it can be reopened to the public,” Mays said. “Repairs are scheduled to begin in the spring with a possible reopening date in June.”

The estimated cost of the repairs was unknown as of press time. Mays added that until the entire museum is reopened, admission is free.

Meanwhile, Cape Fear Museum will offer even more benefits to the community in 2019, thanks to its recent Smithsonian Affiliation designation.

The affiliate program establishes relationships with museums, education institutions and more, to facilitate the loan of Smithsonian artifacts and traveling exhibitions, and develop innovative educational collaborations, museum officials said in a news release.

In short, the partnership provides access to more resources and will help bolster Cape Fear Museum’s educational programs and its exhibits. Ultimately, it will increase opportunities and experiences available to visitors, officials said.

“We have access to Smithsonian scholars and scientists, who can lead lectures and workshops for our visitors,” Mays said. “In the past, we have hosted a number of Smithsonian exhibits and now can work even more closely with their staff to enhance our exhibit content through scholarship and artifact loans.

“We have already taken advantage of the large database of Smithsonian Channel films and screened several for our visitors during the holiday break,” Mays added.

Also amid the museum’s 2019 changes is a possible move to downtown Wilmington. The museum is part of a potential redevelopment plan by New Hanover County.

Dubbed Project Grace, the redevelopment site would be the county- owned block bordered by Grace, Third, Chestnut and Second streets.

Last year, the New Hanover County Board of Commissioners outlined priorities for the 3-acre project, to include a modern public library and Cape Fear Museum. Last fall, the county issued a Request for Proposals (RFP) and is currently reviewing one received by Zimmer Development Co. and team.

The proposal will be made available on the county’s website later this month.

“Opportunities for public input will take place in early February at the museum and downtown library,” Mays said. “The board of commissioners will consider the proposal in the spring based on recommendations from county staff.”